I’m very pleased to let you know that the black and white images I took of Nelson Mandela, in Glasgow in 1993, when he came to here to receive the Freedom of the City (and which I’ve written about previously), have been published as a little book by the industrious Craig Atkinson at Café Royal Books.

On November 21st at Street Level Photoworks, Glasgow, I’ll be doing a Q&A about my recent publications with Café Royal, as well as my Unsullied And Untarnished book. Fellow photographers Sophie Gerrard, Chris Leslie and Simon Crofts will also be there talking of their recent publications. 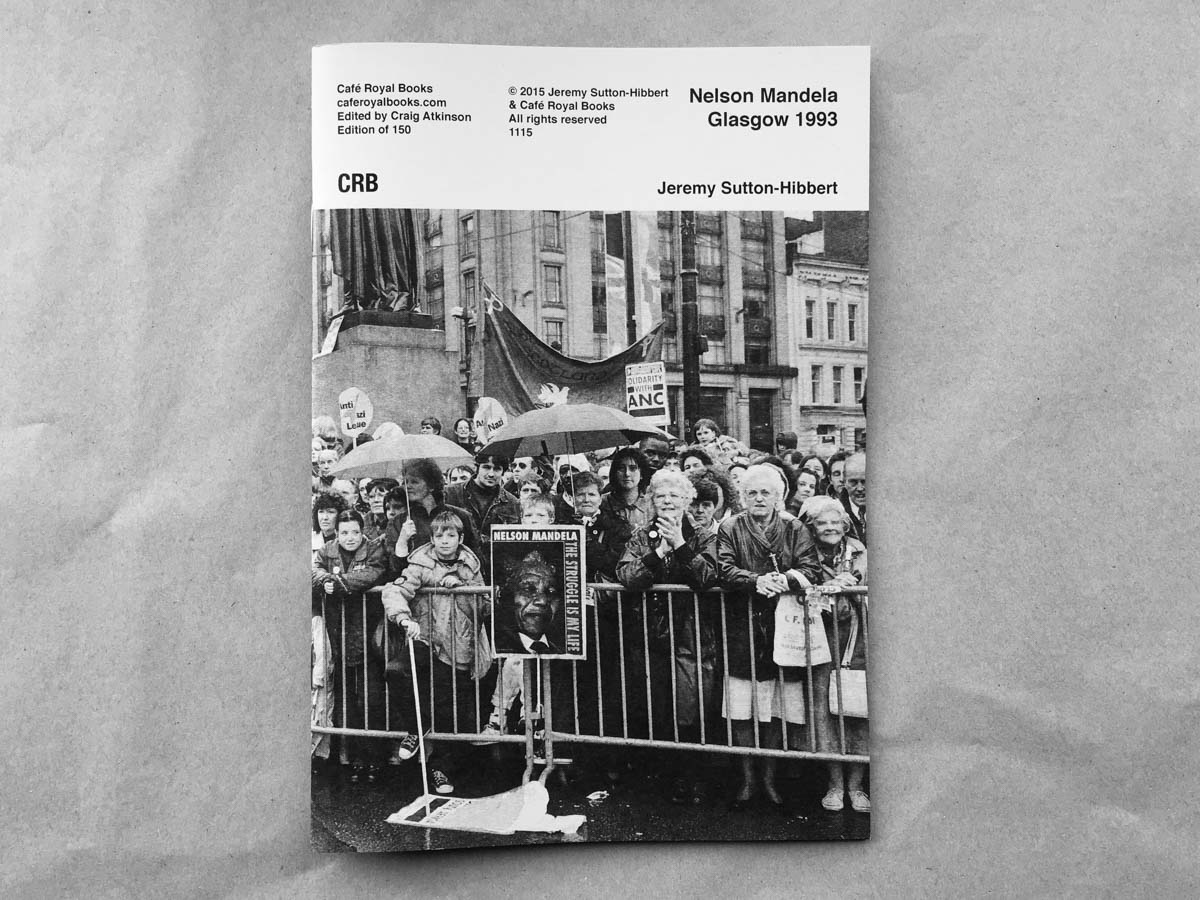 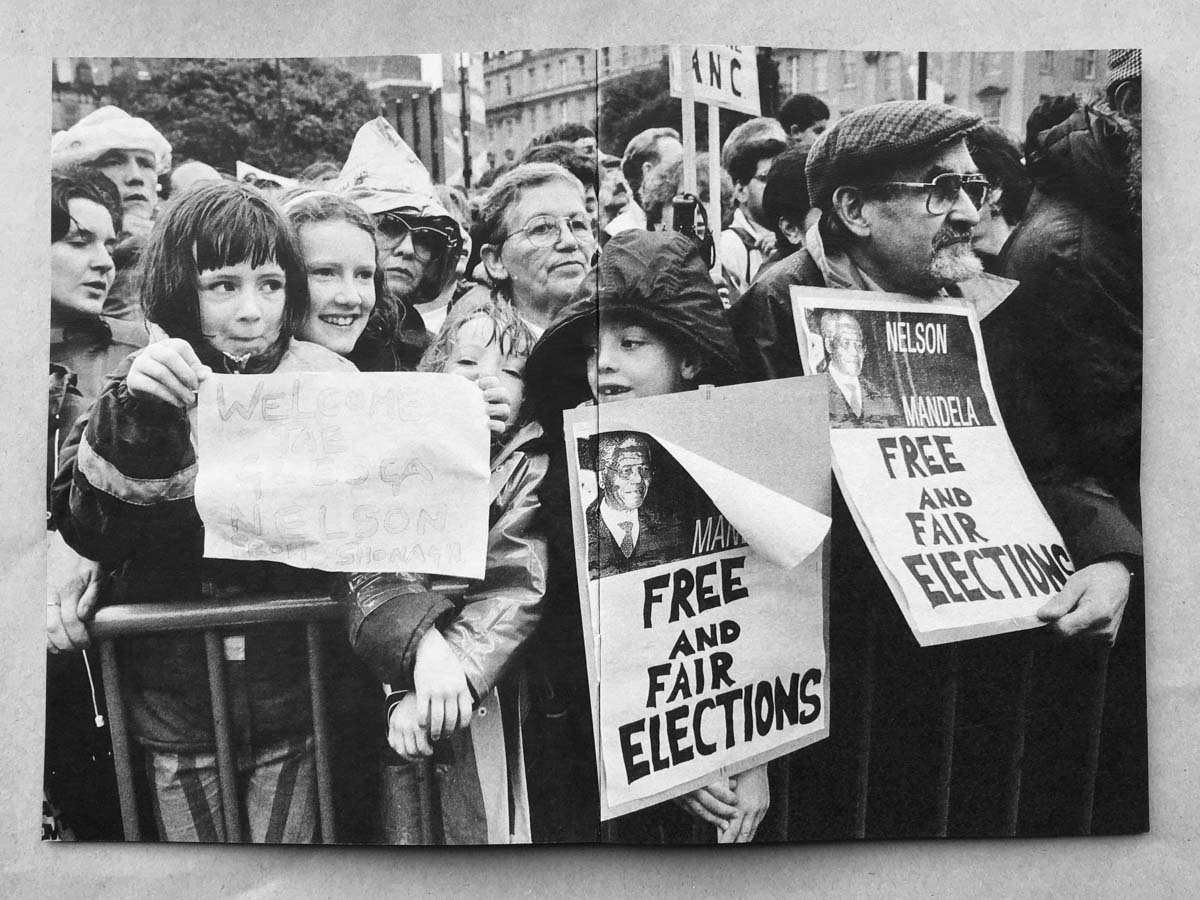 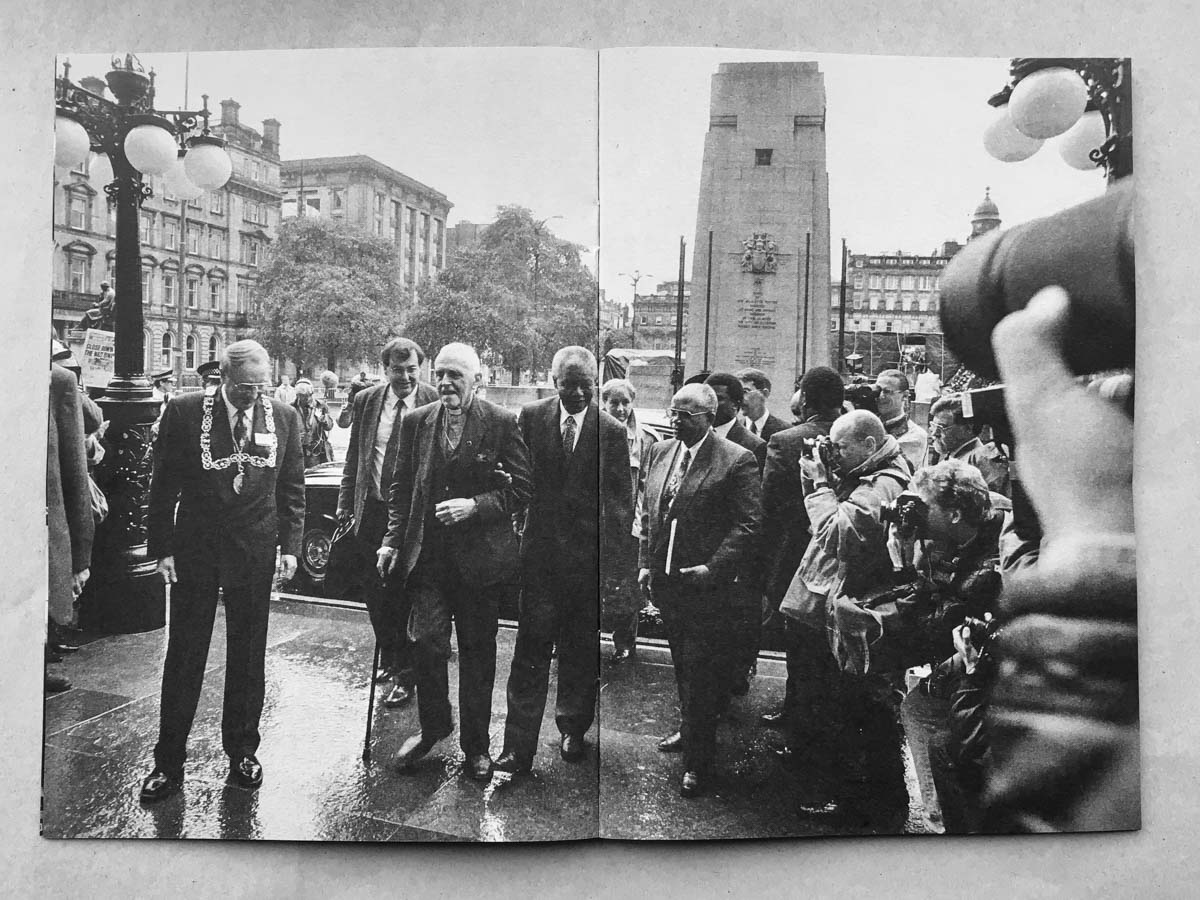 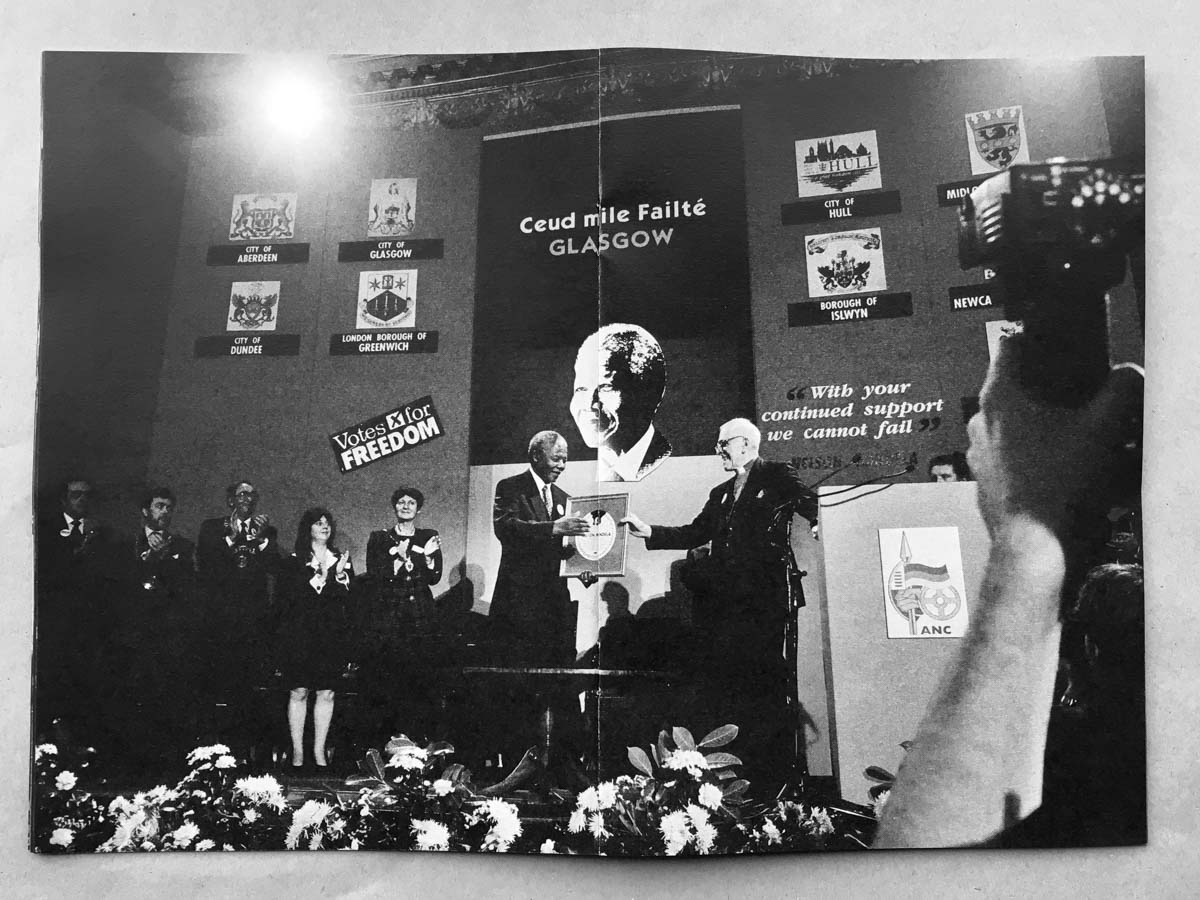 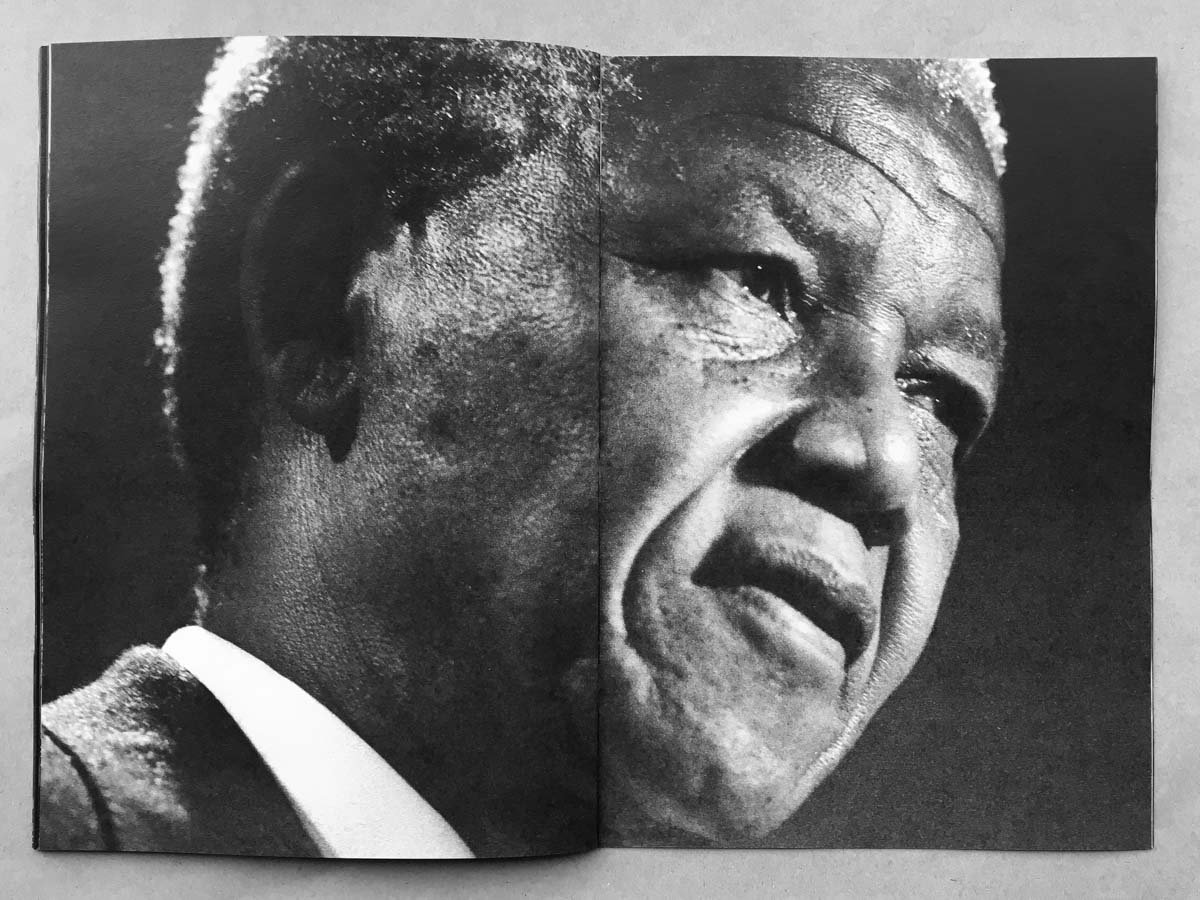 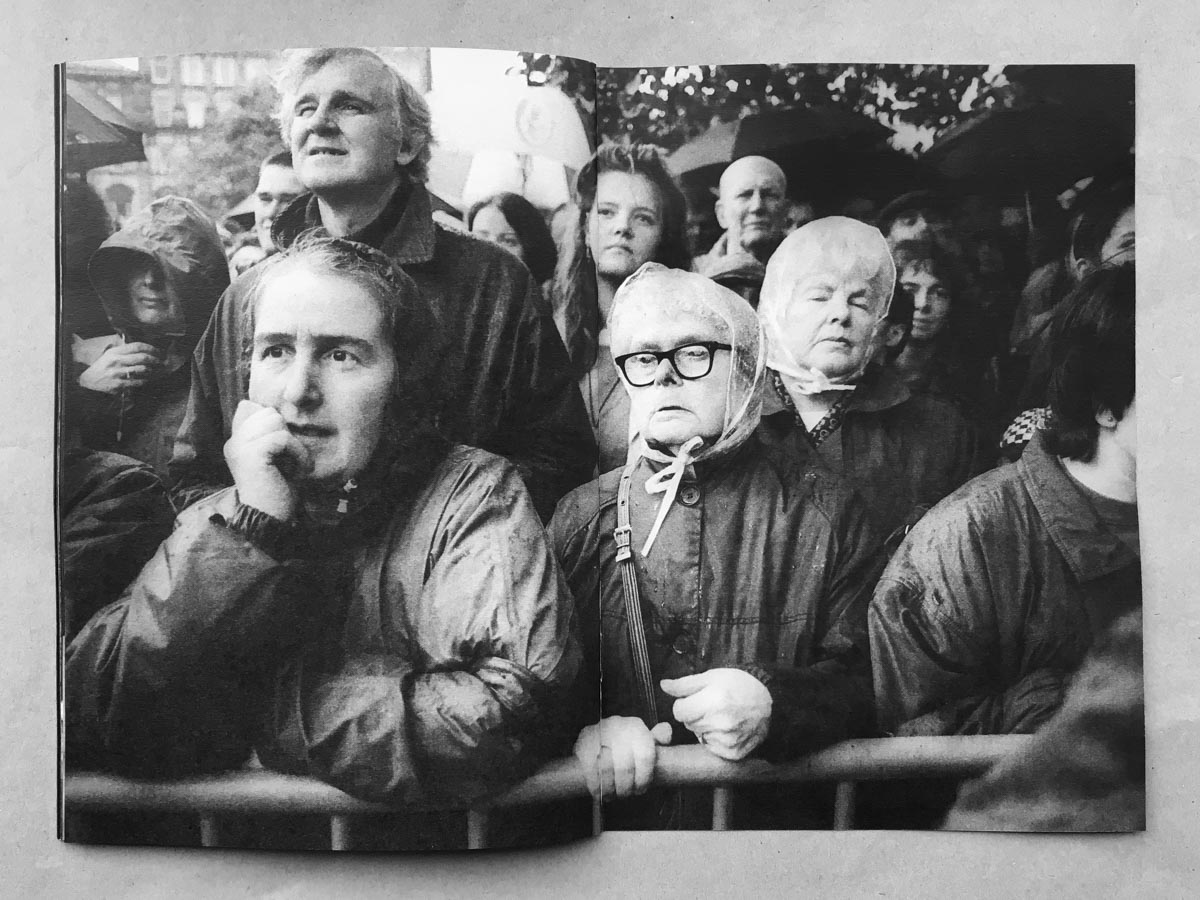 A few copies are also on sale at the Scottish National Portrait Gallery, Edinburgh, where the Document Scotland ‘The Ties That Bind‘ show continues, and Street Level Photoworks, Glasgow, have some of the Mandela books also.

Congratulations is due to Scottish photographer Niall McDiarmid on having his soulful portrait of Nelson Mandela used in Time Magazine this week. In a week when there are many images of Madiba being published it is particularly pleasing to see this one used so well. 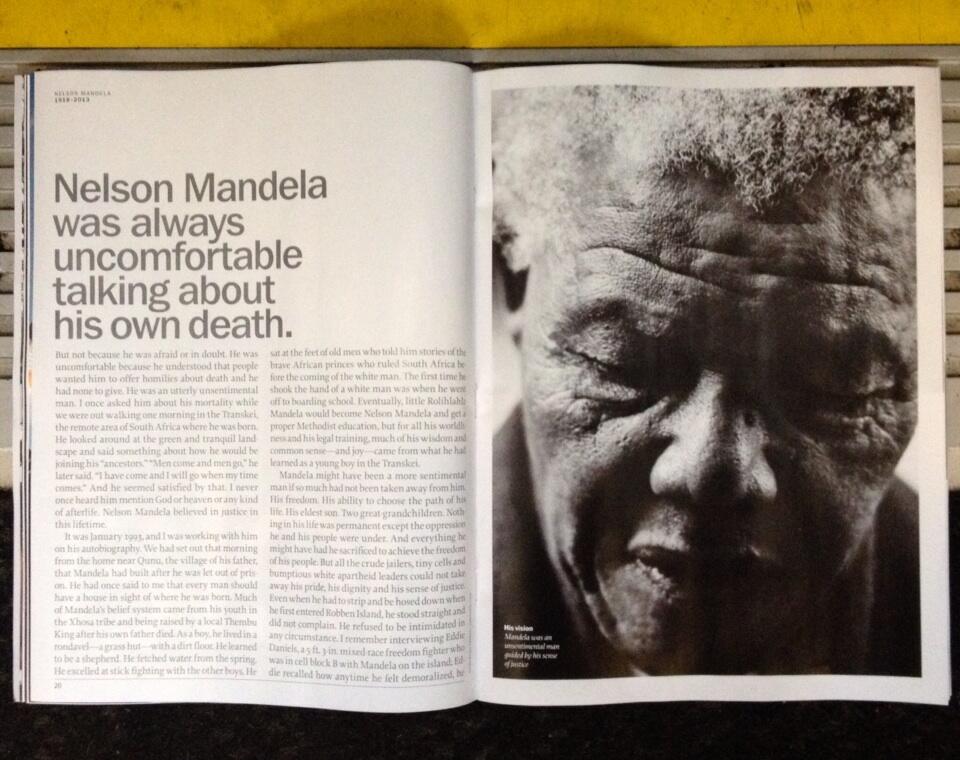 Niall’s hugely popular Crossing Paths portraiture project is now out as a book, available here. The portraits, which are featured as a portfolio on this site, were shot across the UK over a four year period. Approximately 800 portraits were shot by Niall for the project.