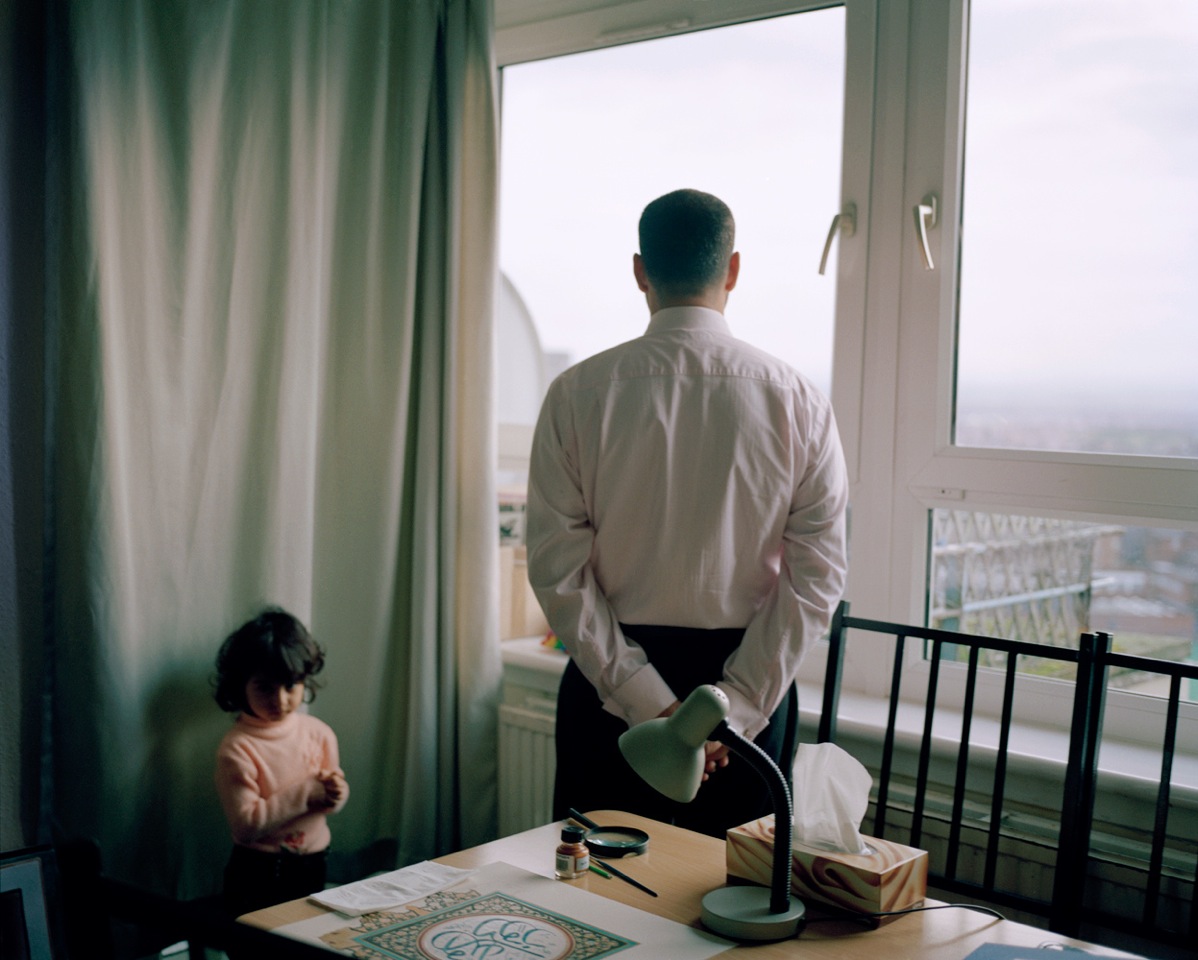 As one might expect when photographing Iraqis who were resettled in Glasgow after having worked with the British government and forces in Iraq, the security of my subjects was paramount. I learned to make alternative portraits – images that did not explicitly reveal faces or identifying features, but that communicated something essential about the situation in which these families find themselves. Leaving a war-torn homeland in which they were viewed as ‘collaborators’ with the occupying forces, they face different problems in the UK – language barriers, an unstable employment market, and social isolation.

This image was taken right at the start of the project: I planned to take a few quick shots of Joe (not his real name) in his living room, as a way of familiarising him with the process. Joe’s wife was in the kitchen and his daughter was running about excitedly, wondering who this strange person was in her house. I asked Joe to stand by the window; a dignified, fastidious man, he clasped his hands behind his back. The winter light was weak so I set the shutter speed to 1/15 and worked with the aperture wide open – a necessity that later proved fortuitous.

After I had taken a few frames and was about to tell Joe that he could move, the little girl ran into the frame and stared straight at the camera; I quickly exposed one frame before she ran away. I was left feeling that something serendipitous had occurred, and when I saw the developed negative I was proved right; the combination of wide aperture, slight camera shake and shadow had even obscured her face enough for Joe to be happy for the image to be used. And anyway, he said, she won’t look the same in a few years. Maybe he was seeing her in the future: starting school, speaking English with a Glasgow accent, going to university, having a family of her own. Asking her parents about Iraq, the far-off country in which she was born. Picturing her story as a Scottish story, and feeling he’d done the right thing.

Sarah’s photograph, and others from her series, “Middlemen”, can be seen at Fotospace Gallery, Rothes Halls, Glenrothes, as part of the “Seeing Ourselves” exhibition, which is curated by Document Scotland. The exhibition continues until August 1st 2013.