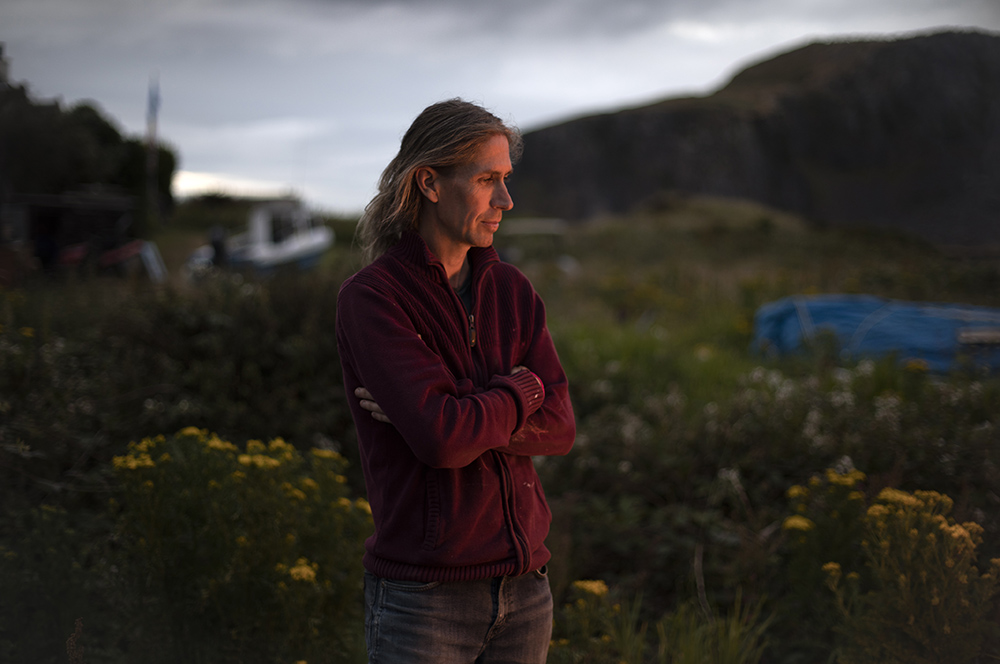 A Contested Land: Behind the lens #1

In the lead up to the opening of our forthcoming exhibition at the Martin Parr Foundation in Bristol in January, 2019, each of the four Document Scotland photographers gives an insight into the work they have made for the show. We start with Colin McPherson, who tells us about his project entitled Treasured Island.

“Last year, we sat down as a collective and discussed what the big issues were facing Scotland at present. Although it is blinding obvious to mention Brexit and all the ramifications and spin-offs from that, including the prospect of a second Independence referendum at some point, we wanted to look more broadly at what challenges and changes Scotland face, and how we could illustrate this through a collaborative photographic narrative.

One theme that we kept on coming back to was ‘land’. Taken in its broadest context, the relationship between our history and people has always been connected to a sense of place in Scotland. Whilst the issues around land-ownership and management, with its relevance to the environment and economic growth, are often debated, these subjects are best illuminated when narrated either through people, communities or by the photographer themselves. We wanted to show the diversity of Scotland within the idea of a project based around ‘land’ and to be able to stretch the imagination of our audiences to think beyond the obvious. As always, that’s a difficult task, but one I think we have achieved through A Contested Land, the title we settled on for the four individual bodies of work.

The problem is there are just so many interesting aspects to our ongoing relationship with the physical landscape of Scotland. Misty-eyed romanticism often clouds our judgement about where we live and how we relate to our surrounding environment. For myself, I wanted to tell a personal story, one which could resonate beyond the confines of where I made the work, and which would challenge me to re-examine my relationship and place within a very special community in Argyll.

My connection with the tiny, car-free island of Easdale goes back three decades. I first visited on holiday, and having fallen in love with the place, subsequently built a house and lived there for a year. It is a location best known for its history as the centre of the Scottish slate quarrying industry of the 19th century. Easdale slate was said to have roofed the world, and this industrial legacy is still very much in evidence today, with abandoned buildings, piles of slate spoil and disused flooded quarries configuring the landscape. I was more interested, however, in the parallels of life then and now, more specifically by looking at the difference in men’s lives in the past and today, and how memories of a bygone age still resonate today.

Life was indeed hard in the days when teams of men quarried for slate. The work was relentless and the conditions harsh. But life on Easdale was embellished by a strong sense of communal life, with a school, evening classes for adults and other activities. Paradoxically, it is much harder for islanders these days to engender the same sense of community, although Easdale today boasts a pub, has an active residents group and organises events such as the annual World Stone Skimming Championships. The main connection with the past, however, lies in the challenges and difficulties faced by the population today: the unpredictable weather and tough economic conditions both locally and further afield mean that life and living are almost as precarious today as during the quarrying heyday, when over 400 people lived on Easdale.

Making the work for Treasured Island allowed me to engage with the community on a new level personally. Although a frequent visitor to Easdale, I have seldom previously used my camera as a means of exploring and narrating life on the island. My family has played a small part in the regeneration of the island (the population now stands at 65, having decreased to just a handful in the 1960s), so this project, shot entirely in 2018, has been my way of rekindling my connection with the place, whilst reflecting the immense sense of pride and care people take for the island. They may not always agree on what’s best for Easdale, but the sense of ownership and a love for the island’s unique landscape is never far from any conversation with local people.

I aim to continue the work I began this year. I believe that it is important to keep documenting the changes around us. We cannot say with any certainty where Scotland, or Easdale, will be in five or ten years’ time, but whatever happens we will still look back to the past to inform ourselves about the present, and hopefully the future…”