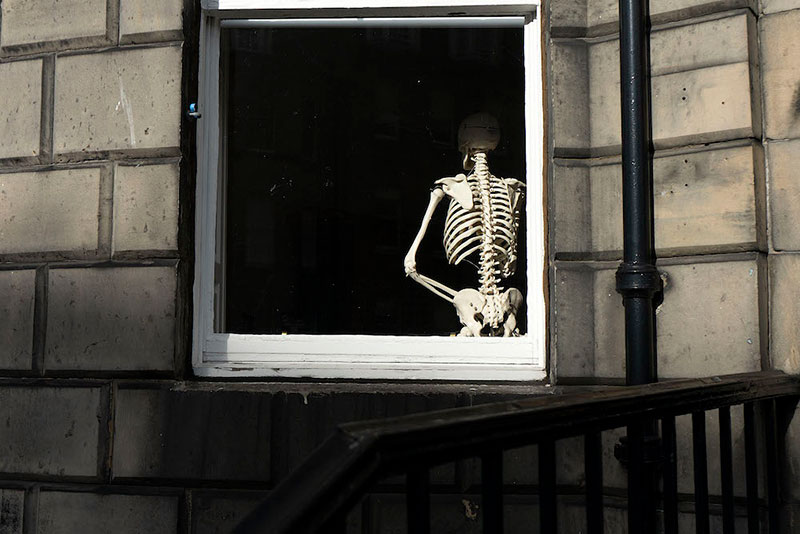 A Contested Land – new work and exhibition from Document Scotland.

“The Foundation supports and preserves the legacy of photographers who made, and continue to make, important work focused on the British Isles.” – Martin Parr.

When taking part in a tournament, competition or any sort of contest, it is usual to know what the prize is for winning. Whether it is a shiny medal or golden trophy, the outcome is usually something pre-determined or tangible, even if it is not ultimately obtainable by everyone competing. To the victor, the spoils: to everyone else the scars of defeat or the satisfaction not of winning but of having taken part.

If this description of where Scotland is as a nation today is somewhat allegorical, it is worth considering that the current and ongoing debate about the nation’s future hides the many layers of its story. Life continues to change and evolve, often in-spite of rather than because of the debates around the merits of becoming an independent nation, the ramifications of Brexit or the challenges posed by climate change or other seismic global events.

Into this miasma steps Document Scotland: four photographers passionate about dissecting their nation and disseminating their viewpoint beyond the border at Berwick in order to stimulate, inform and educate. By looking past the tired tropes and casual cliches which often cloud an accurate view of what Scotland is today, they aspire to offer a passionate yet dispassionate take on aspects of the nation unseen.

The past is ever-present in each of the collective’s four new individual projects which meld together to form A Contested Land, the title of Document Scotland’s forthcoming exhibition.

For decades, Scotland’s largest city has been a hotbed of radical ideas, protest and, at times, insurgency. From the 1919 Red Clydeside rebellion, to opposition to the Poll Tax, from support for Spanish Republicans opposing General Franco to the hero’s welcome afforded to Nelson Mandela, politics has never been far from the surface in Glasgow. Today, set against the prospect of Brexit and a possible second referendum on Scottish independence, Glasgow is alive with political activity. The city has a long tradition of integrating people from elsewhere. In the past, Irish immigrants sought refuge from the Famine whilst Highlanders fled the brutal Clearances. In modern times asylum seekers have sought safe haven in the city. These events have helped shape Glasgow and given it a sense of identity and purpose and a pride that its people are ‘Clyde built,’ like the magnificent ships once manufactured on the river which snakes through the heart of the city: resilient, proud and unique.  As an insider, photographer Jeremy Sutton-Hibbert has spent a quarter-of-a-century documenting the raw and powerful political theatre which plays out in Glasgow’s public places. Saltires, tricolours and Union Jacks compete for space in vibrant and lively displays of standard-bearing, demonstrations and protests. Placards are waved, slogans chanted and the passion and belief on show evoke and provoke a visceral reaction based on one’s own point-of-view. What intrigues is not what divides the different sides of these arguments, but what, ultimately, unites: they are all Glaswegians. Strip away the banners, confiscate the flags, put them side-by-side on their marches, and you cannot tell these adversaries apart. It is what makes this work so poignant and beguiling. And offers the tantalising possibility of an undivided future, whatever the ramifications of current political discourse and disagreements.

Sophie Gerrard’s work focuses on the gentle and undulating peat lands of Scotland’s Flow Country. Eschewing sentimentality, the photography looks at how this precious environmental resource has been desecrated and denuded over generations and how these almost magical places are being revived and reinvigorated through careful and considered conservation.  This is no abstract notion: survival of the peat bogs is a touchstone for the health of the nation. Once seen as ‘fair game’ for industrial-scale exploitation, Sophie poses a metaphorical question, asking us to consider our relationship with local and national areas of outstanding beauty and how these places of natural resources fit into Scotland’s topography and consciousness, linking people to the land, and vice-versa.

Building on previous work which looked at the historical ties that bind Scotland with slavery through the sugar industry, Stephen McLaren returns to the theme to explore and examine the hidden and almost forgotten link between Edinburgh’s wealth and the slave trade with Jamaica. In the immediate aftermath of this year’s Windrush scandal, it is a timely and forceful reminder that the past, in all its forms, is immediately around us. Behind the front doors of Edinburgh’s New Town lies the legacy of British colonial exploitation. With each pound passed down through the generations, Scotland distanced itself from its inheritance as architects and perpetrators of the widespread and cruel exploitation of many thousands of bonded and chained men, women and children. Stephen’s work does not exist merely to prick our consciousness, but to start a national conversation about acknowledging an historical wrong and discussion about reparations. It should also force Scotland to examine and re-evaluate the relationships with people and communities within and outwith its own borders.

History is the starting point for Colin McPherson’s visual exploration of life on Easdale, the smallest permanently-inhabited Hebridean island on Scotland’s long, varied and sparse west coast. Once the epicentre of Scotland’s renowned slate quarrying industry, this fragile parchment of rock, sitting two hundred metres off the adjoining island of Seil, has become a by-word for repopulation and reinvention as its current community continues to battle traditional adversaries: economics and the environment. At its height in the 19th century, Easdale housed four hundred people; the quarrying provided work for the men and the slates they produced roofed the world, from the cathedrals in Glasgow and St. Andrews to the New World. When an epic storm decimated the island in the 1880s, the island went into decline and depopulation, only for a new band of pioneers to resettle and revive Easdale nearly a century later. The photographer’s personal connections with the island date back thirty years, and in this series he offers a contemporary commentary about the parallels with the past and how many of the 65 current residents live their lives.

In one sense, Scotland is not unique in that the problems it faces are identical in many other nations: environmental dangers demanding urgent governmental and public responses; poverty and lack of opportunity blighting a country of great natural wealth; inequality in all its forms scarring society, holding back peoples’ potential and draining the public purse. Viewed from afar, Scotland appears to be no different from any other country as the world evolves in the 21st century digital dynasty. However, drill down below the surface and what is revealed is a multi-layered tapestry, a hopscotch, hotchpotch history where the ebb-and-flow of power and wealth, emigration and immigration and an often rudderless sense of direction leaves the impression seen from within of a nation sailing precipitously through low-hanging haar towards an unknown destination. That is not to say there isn’t a strong sense of what constitutes Scottishness to guide the country. It pre-determines the national conversation, and if the 2014 Independence referendum highlighted one thing through the debate, discussion and diatribe, it was that those who live, work and breathe the air in Scotland feel first-and-foremost Scottish above all else. Scotland may not be colour coded like so many nations, including its much larger, more powerful and influential neighbour to the south but the sense of Scottishness runs through its citizens veins as strongly as the clear waters of any burn cascading its way down a craggy Munro into one of those fabled lochs or glens. So, whilst the direction of travel might be clear the ultimate destination remains tantalisingly unseen.

Scotland is mired in inconsistencies and contradictions. Vast tracts of its famous wilderness have been scarred by generations, centuries even, of public and private mismanagement, leaving a brutalised landscape, barely fit for human habitation and endeavour. The country’s precious marine resources are controlled by a mere five all-powerful fishing families. The wealth of the wealthiest is 250 times that of the poorest. Whilst the population of its major city conurbations continue to grow and expand, population growth in many areas is flatlining or even falling, leading to an unsustainable drain of the best and brightest from some of the most iconic and far-flung locations. The public response to this has been confused. During both the Independence and European Union referendums, the word which dominated the discussion was ‘change’. It became the go-to for anyone dissatisfied or desperate, demanding or downtrodden.

Although still rooted in many traditions of the past, one-eyed, lopsided romanticism has given way to glorious reinvention and innovative thinking. From the games designers of Dundee who brought the world Lemmings and Grand Theft Auto to Pride marches in the Outer Hebrides giving a voice to marginalised individuals, slowly but surely Scotland is loosening the grip of its moral masters, that toxic combination of power, vested interests and religious intolerance. The visual expression of this may be the flag-clad combatants who take to the streets to announce their political allegiances, displaying a fervour and belief long since lost by the footballing foot soldiers of the Tartan Army, but in quiet corners, small bedrooms and whispered conversations, Scotland is proving itself to be capable of radical thinking, a seed bed for creatives, dreamers and idealists.

The prize remains undefined and Scotland does not know is what it looks like. It is hard, if not impossible, to predict where and what Scotland will be in a generation’s time. The political tectonic plates are shifting and individuals and communities will be forced to adapt and survive in new and as yet unseen realities. With the game still very much in progress and the final result to be determined in remains an exciting time to be in Scotland, after all.