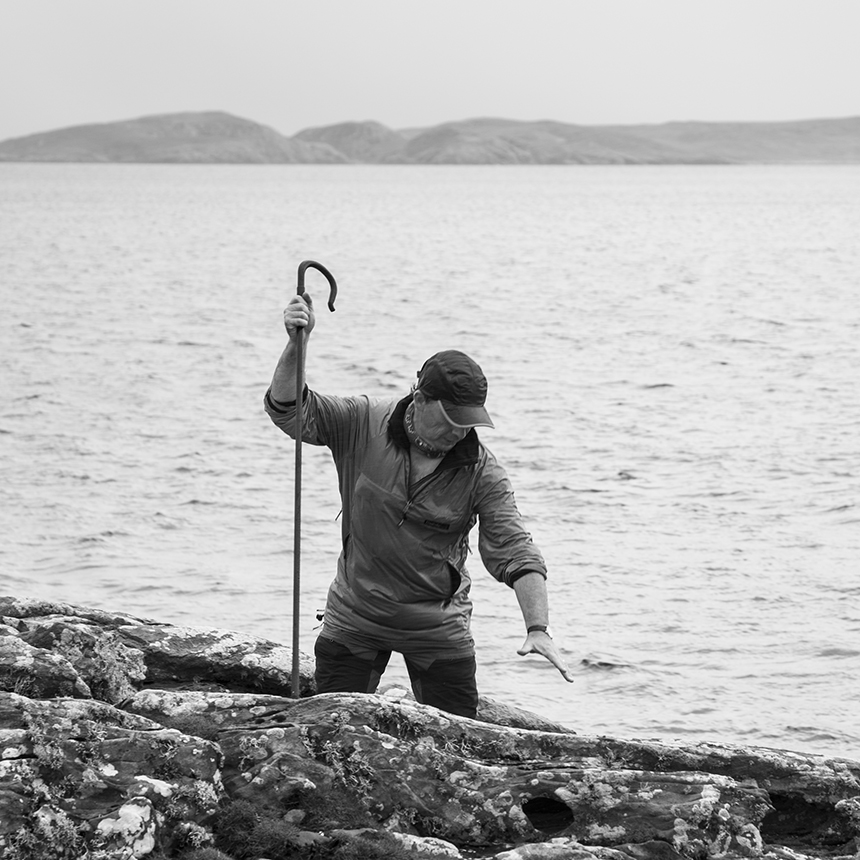 A portrait of Tanera (Ar Dùthaich)

Tanera (Ar Dùthaich) is a project by Derbyshire-based photographer Kevin Percival which will be exhibited from this Sunday, 18th June, at Rhue Art in Ullapool.

The photographs featured focus on a tiny island off the west coast of Scotland, where Kevin lived and worked for several years. Like many of Scotland’s coastal communities, the challenges facing local people revolve around the struggle for employment, affordable housing and access to education and other services, and often uncertainty surrounding who actually owns the spaces and places around their homes. Tanera Mor is no different, having been bought and sold – and recently withdrawn from sale – several times over the last few decades. Nevertheless, people living on Tanera Mor, the largest of the fabled Summer Isles, work hard to make the place habitable and sustainable. As Kevin notes: “The island had a very small population when I lived there, but has a particularly interesting and close relationship with the local mainland communities. Many have lived or worked on the island, on the fish farm in the bay, fishing or running tours in the waters around the Summer Isles archipelago. As such Tanera occupies a specific place in hearts, minds and mythologies of the local people. The photographs are a ‘portrait of place’, shown through the people and the marks and effects they have on the landscape around them. Given the island’s small size, these traces often exist together, in close proximity, so you can see the effects of families living on the land 200 years ago, right next to what is happening today. Over time these traces build up, layered on top of each other forming a kind of catalogue of existence like a palimpsest. This becomes particularly evident in smaller, self-contained or continually populated landmasses, such as Tanera Mhor.”

Giving a voice to people in marginalised places, whether they reside in inner-cities or in Scotland’s vast, rural landscape, is often a calling for photographers. In many locations, history is buried beneath layers of time. Kevin’s interest and approach bears this out: “With this work I wanted to explore both this rich past, as a Viking sanctuary, and a fishing and crofting community, and its current state and the people who are leaving their traces today. Visually, I wanted to acknowledge the Romanticism of the Scottish wilderness, but contrast that with modernity – emphasising that this is a current workplace and home. Rural populations in Britain seem under-represented, both politically and photographically, and I wanted to present a project which encourages conversation around rural living and issues”

The project started in 2012 when Kevin moved to Tanera Mor for a job and it developed from there. He spent two years living on the island seasonally; eight months on, four months off and has returned to the island for at least a few weeks every year since. Shooting mostly on black and white film, Kevin’s aim was to reference the Romanticism and the photographers who have depicted Scottish islands before. As is common these days, Kevin’s approach sought to tap into the pace of life in the islands: “I also love using film because it slows me down, makes me really look at a scene and work through different compositions in my head. When every shot costs a few quid you quickly realise you can’t walk around with a motordrive going, you have to take your time with your subjects”

The project is not intended as a complete history of Tanera, nor a catalogue of everyone who has ever lived there or ever contributed to the fabric of the place. With a place like Tanera Mor, periodically inhabited for over 1000 years, such a task would be impossible. Kevin’s intention is to create a small but timeless snapshot, focused on the particulars of how the island has been managed for the past 20 or so years. Luckily, Kevin found the people he was living and working with supportive, as he explains: “I was really lucky that everyone was so welcoming, from the people who own/run the island to the local fish-farmers, course tutors and tour boat operators. I ended up photographing people from wildly different backgrounds, but for whom the island was a strong presence within their lives. Most people living in remote areas like the Highlands and Islands find they have to become modern crofters, or I suppose you could call it ‘portfolio workers’. In order to survive, most people work two or three jobs. Likewise, the island takes on very different roles for each person. For artists, writers and other creatives it is a gateway to contemplation or inspiration, for the scallop divers, creelers and fish-farmers it is their living”

Tanera (Ar Dùthaich) will be on show from this Sunday until 24th August, 2017.

1 thought on “A portrait of Tanera (Ar Dùthaich)”