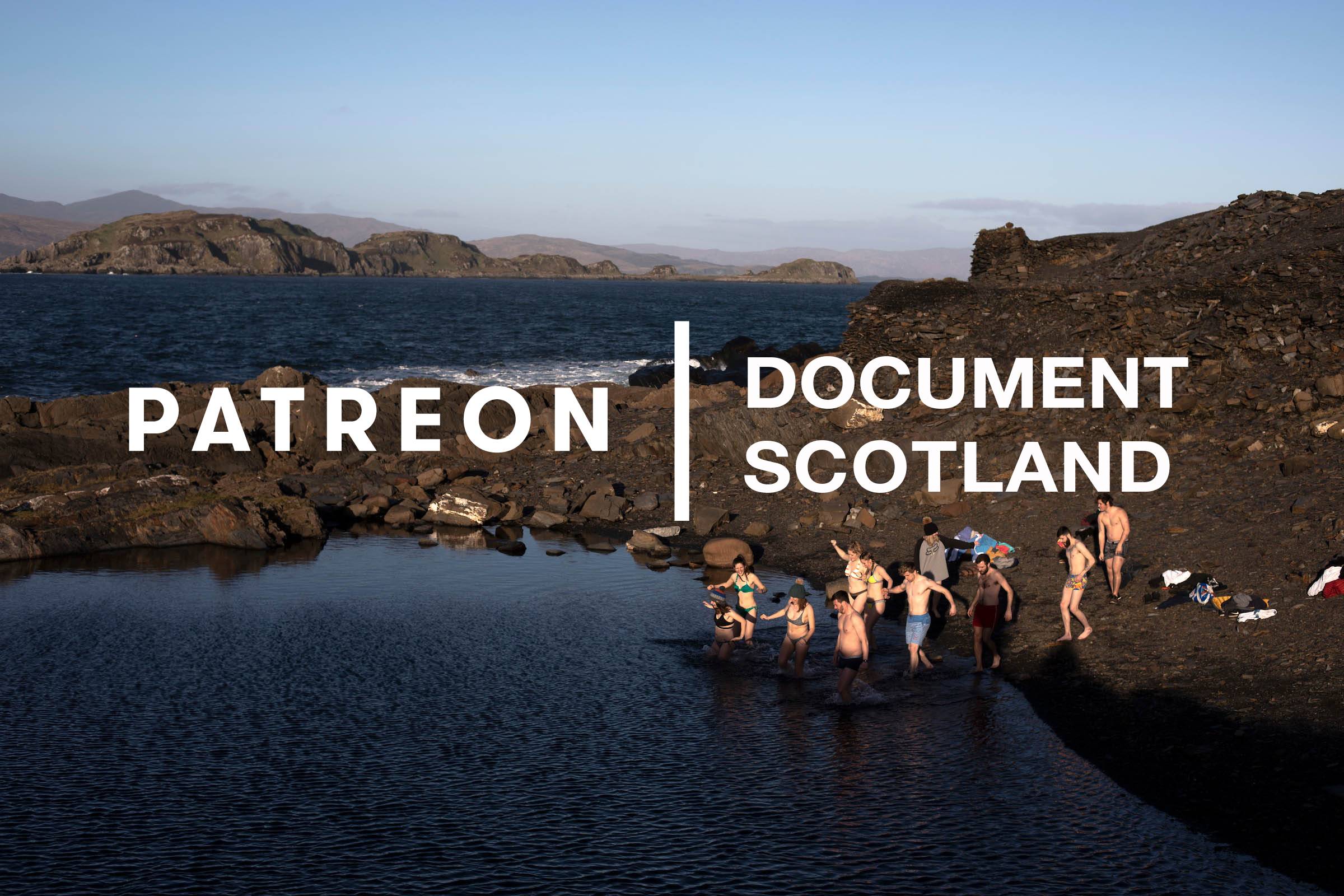 Document Scotland is launching an initiative to continue the work they do to support photography in Scotland. They are inviting individuals and organisations to become their patrons, and in doing so, putting the work of the collective on a sustainable financial footing.

Since their formation in 2012, Document Scotland’s photographers Sophie Gerrard, Jeremy Sutton-Hibbert and Colin McPherson have worked on collaborative and individual projects which have led to a series of high-profile exhibitions at home and abroad, the production of a number of publications and the staging of live public events in towns, cities and communities across Scotland.

Through our website, Document Scotland has been able to showcase new and historical work by Scottish photographers or stories about their nation. The website is now regarded as an important public resource for anyone interested in Scottish photography.

In order to continue this work, Document Scotland is launching our own Patreon site, where supporters will have access to added content which will be produced in addition to the website which will continue to be freely available and publicly visible. It can be viewed here: www.Patreon.com/DocumentScotland

Commenting on the initiative, Sophie Gerrard said: “Document Scotland’s commitment to photography in this country is at the heart of everything we do. We have collaborated with individual photographers, organisations and institutions over the last eight years to promote and disseminate outstanding work. We want this to continue, but recognise that we are living in a new financial landscape and that to be able to work this way, we need the support of people to become our patrons.

“By launching our Patreon initiative, we hope to take people on the next leg of our journey. Patrons’ support will mean we can work on our own projects and help other photographers. We are committed to remunerating contributors who work with us and as our support network grows, so will the opportunities for photographers to collaborate and work with us.”

Formed in 2012, Document Scotland is a collective of three Scottish documentary photographers brought together by a common vision to witness and photograph the important and diverse stories within Scotland at one of the most important times in our nation’s history.

Document Scotland’s major exhibitions include their seven-month show entitled The Ties That Bind at the Scottish National Portrait in 2015-16, Beyond the Border, their first major exhibition outside Scotland, staged at Impressions Gallery in Bradford in 2014, Common Ground at Street Level Photoworks, Glasgow in 2014, at the Festival Interceltique, the world’s largest Celtic cultural event in 2017 and latterly through A Contested Land, which premiered at the Martin Parr Foundation in Bristol in 2019 and toured across Scotland and England throughout last year.

We look forward to hearing from you and taking you on the next stage of our journey!