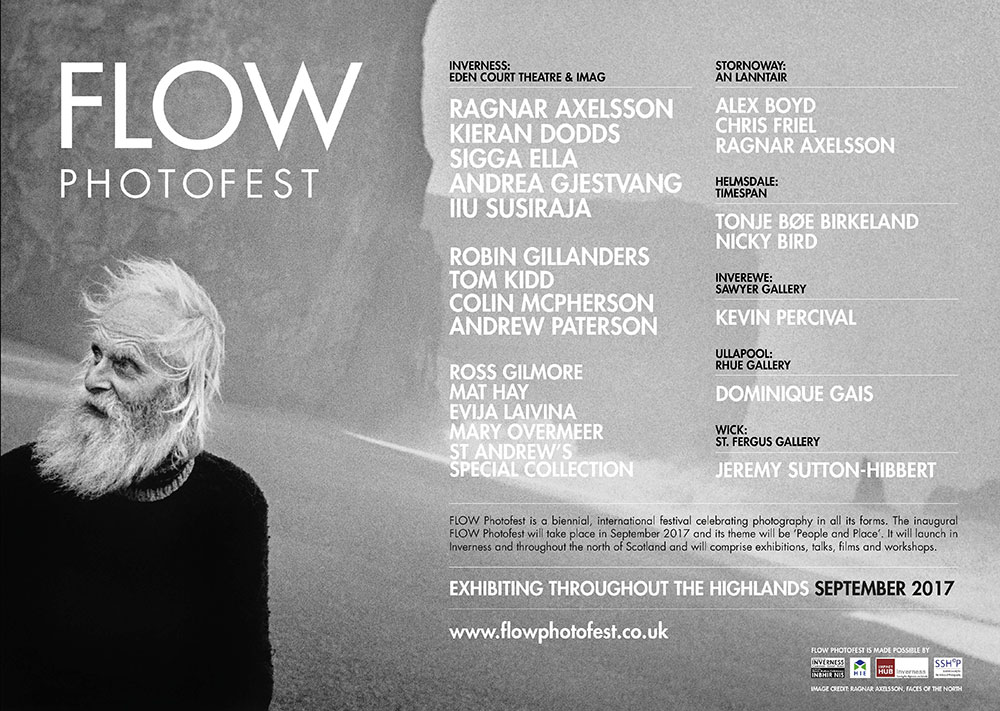 Document Scotland are very pleased to announce that we’re being represented in the inaugural Flow PhotoFestival, with two bodies of work. The new photography festival takes place across the Highlands of Scotland throughout September.

Colin’s work documents the ‘beautiful game’ and photographs of football culture in Scotland. Exploring the social process which surrounds football, McPherson immerses himself, and the viewer, into the rituals and practices of the fan as they embark on their weekly experience of football. Attention is given to the banal and the everyday details of the manner in which football is performed by the fan in the season. McPherson produces illuminating and insightful work on a ubiquitous aspect of contemporary Scottish culture. This work was previously shown at the Scottish National Portrait Gallery in Edinburgh.

High Life Highland are delighted to be hosting a striking exhibition of black and white images shot aboard the seine net fishing boats, Mairead and Argosy, in the North Sea in the 1990’s. These images, by Scottish documentary photographer Jeremy Sutton-Hibbert, capture the reality of the life at sea for the fishermen of Scotland’s North East fishing communities – the cramped conditions, the monotony, and the gruelling work in harsh conditions.

The FLOW PhotoFest runs through September at a variety of galleries and exhibition spaces throughout the Highlands of Scotland.