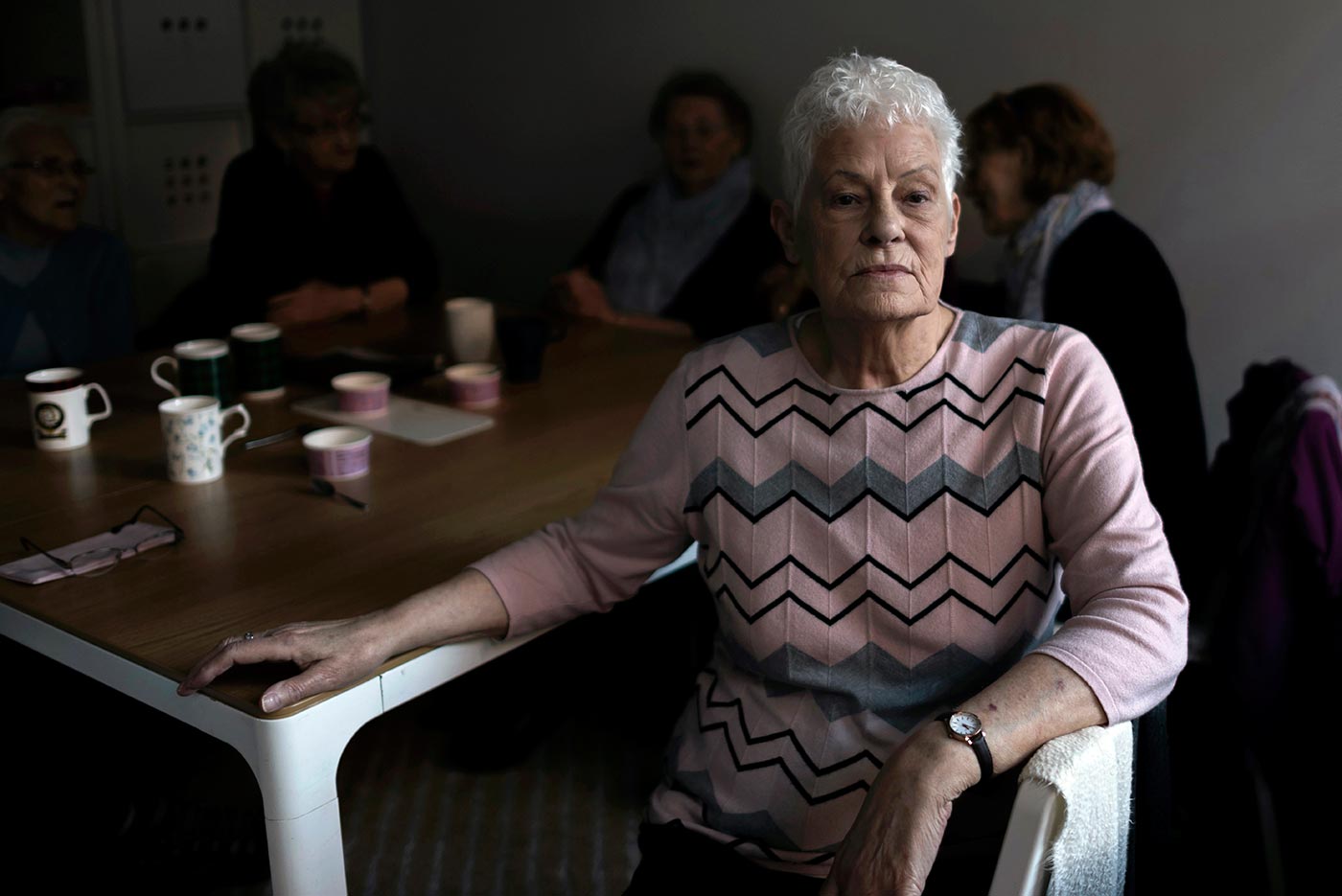 I had already noticed Nicola Stead’s portraits of Glasgow women on her website, stumbled into by chance following links and clicks, and I was taken by the simplicity of them, but also the strength of the women that showed through the great use of light, and sharpness of focus, as well as their expressions. Lovely portraits.
Then, surreptitiously, Nicola reached out to us here at Document Scotland asking if we’d be interested to run the work, to share her story…. – thanks, Jeremy Sutton-Hibbert.

The struggles and achievements of Glasgow women are highlighted within this series, offering a celebration of their lives as well as acknowledging their historical and cultural contribution to the city. Forging links between Glasgow women’s history and women in the city today, the work explores the legacy of Isabella Elder, one of Glasgow’s greatest philanthropists. I discovered Elder through Glasgow Women’s Library. Through research at the library I found the grave of Isabella Elder in Glasgow’s Necropolis. The story of her life and her good deeds fascinated me and from there the journey began.

Elder took a particular interest in women’s education, financing and supporting the foundation of Queen Margaret College in 1883, which enabled Scottish women to be admitted to higher education for the first time. Elder also took an active interest in the welfare of the women of Govan, the site of her late husband’s shipbuilding business. She established a school of domestic economy for local women as well as founding the Elder Cottage Hospital, Cottage Nurses Training Home, Elder Park and the Free Library in the area. She is one of the few historical women commemorated with a statue in Glasgow, which stands in Govan’s Elder Park.

By examining communities of women in Glasgow now, my aim is to discover if Elder’s legacy of female empowerment is still apparent 135 years later. This strand of the series focuses on a variety of women’s groups and organisations in Govan, which reflect the cultural diversity of the area. These groups provide support, nurture, and inspiration for the women involved.

In my conversations with the women I asked them to consider whether they thought there were good opportunities for women in their area. I also asked them to choose a place that they would like to be photographed, somewhere that represented a safe space for them. Many chose the location their organisations meet, others chose their home or a place where they felt at home such as a local park or favourite café. I have been greatly impressed and inspired by the women I had the pleasure of meeting throughout this project. I believe that they collectively represent a positive continuation of the legacy of the pioneering and empowering work that Isabella Elder carried out before them. These strong, determined women of Glasgow are well and truly keeping Isabella’s spirit alive.