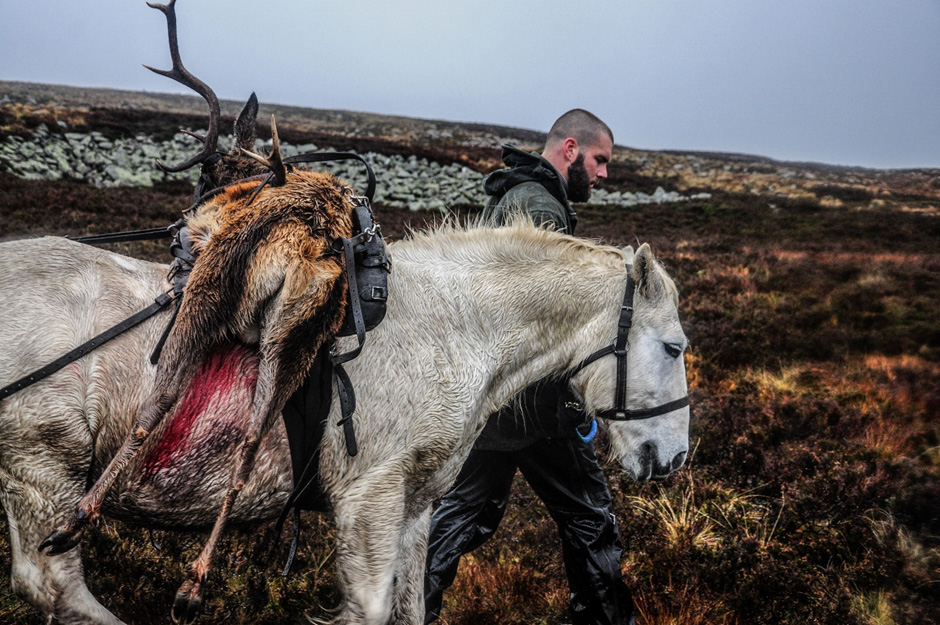 I am always intrigued by creative people who manage to cross-pollinate their practice by involving other disciplines.

I first came across the work of Angus-based writer Bill Duncan in the first years of this century, when he published a couple of wry, funny and beautifully-observed chronicles of Scottish life through the prism of Calvinism. His first work, entitled The Smiling School for Calvinists was particularly uproarious, a depiction of life in Broughty Ferry narrated in the vernacular which caused me to laugh out loud across many pages.

Around the same time, I was exhibiting Catching the Tide for the first time: it was embarking on a wee tour of the North East, and Bill very kindly purchased one of the images from the show. Dialogue and correspondence followed, but as so often in the modern world, we strayed off in different directions.

Many years passed until Bill and I were re-united, this time in Argyll on Easdale, the island location for my annual photography courses. Bill signed up and produced an insightful and beautifully-crafted series about one of the residents which alerted me to his talent as a visual storyteller as well as writer.

Recently, Bill got back in touch to let me know that his series Et in Arcadia Ego, a allegorical series of images set on a Highland hunting estate was about to be published in the forthcoming SSHoP journal Studies in Photography. I thought this would be an ideal opportunity to find out more about Bill’s lens-based work.

He takes up the story: “I have been working on a photographic exploration of Highland deerstalking for four years. The project incorporates elements of landscape, nature and working lives within the wider context of Highland culture. The project has a distinctive backstory, in that I am an urban Scot with no connections with the culture and lifestyle depicted here. Indeed, some of the most challenging aspects of the project were human as much as technical: it was not easy to gain the trust of a fairly private and closely-knit community. So far I have spent numerous days on the hill with the stalkers across the seasons in all weathers, generating a large number of wide-ranging images. The project is ongoing.

As a keen hillwalker I have long been fascinated by the Red Deer and its place in Scottish culture. The project title refers generally to the concept of an imagined pastoral ideal from classical literature where goatherds tended their flocks in a sylvan paradise. More specifically, it refers to Poussin’s painting Et in Arcadia Ego, where a group of shepherds are exposed to the presence of death in their supposed idyll. I saw a parallel between these goatherds and the Highland deerstalkers who manage their herds in a landscape that is often romanticised. The images portray the animals in life and death.

Some anecdotes relating to the project may be of interest: the extensive hill fog on one of the days depicted led resulted in water ingress to my camera, corroded electronics and an expensive repair. Other conditions imposed interesting challenges: the requirement to maintain the uncompromising walking pace wordlessly demanded by the stalkers in ever-changing light and weather across miles of ascent and descent taught me the virtue of Aperture over Manual priority and precluded the use of filters, promoting instead a raw documentary aesthetic. The need to remain still and silent and, literally, to adopt a low profile, were also quickly learned and constantly observed. In addition to landscape, work and nature, the project also touches upon more controversial areas of animal ethics and social class.”

The photographs certainly have a primal, uncompromising energy about them. What interests me here is process and it is fascinating to hear that he is motivated strongly around issues which affect rural Scotland. That is something, of course, which Document Scotland is continually exploring and dissecting. It’s a pleasure to amplify other voices working on photography projects concerning our landscape and we’d like to thank Bill for sharing this work with us.