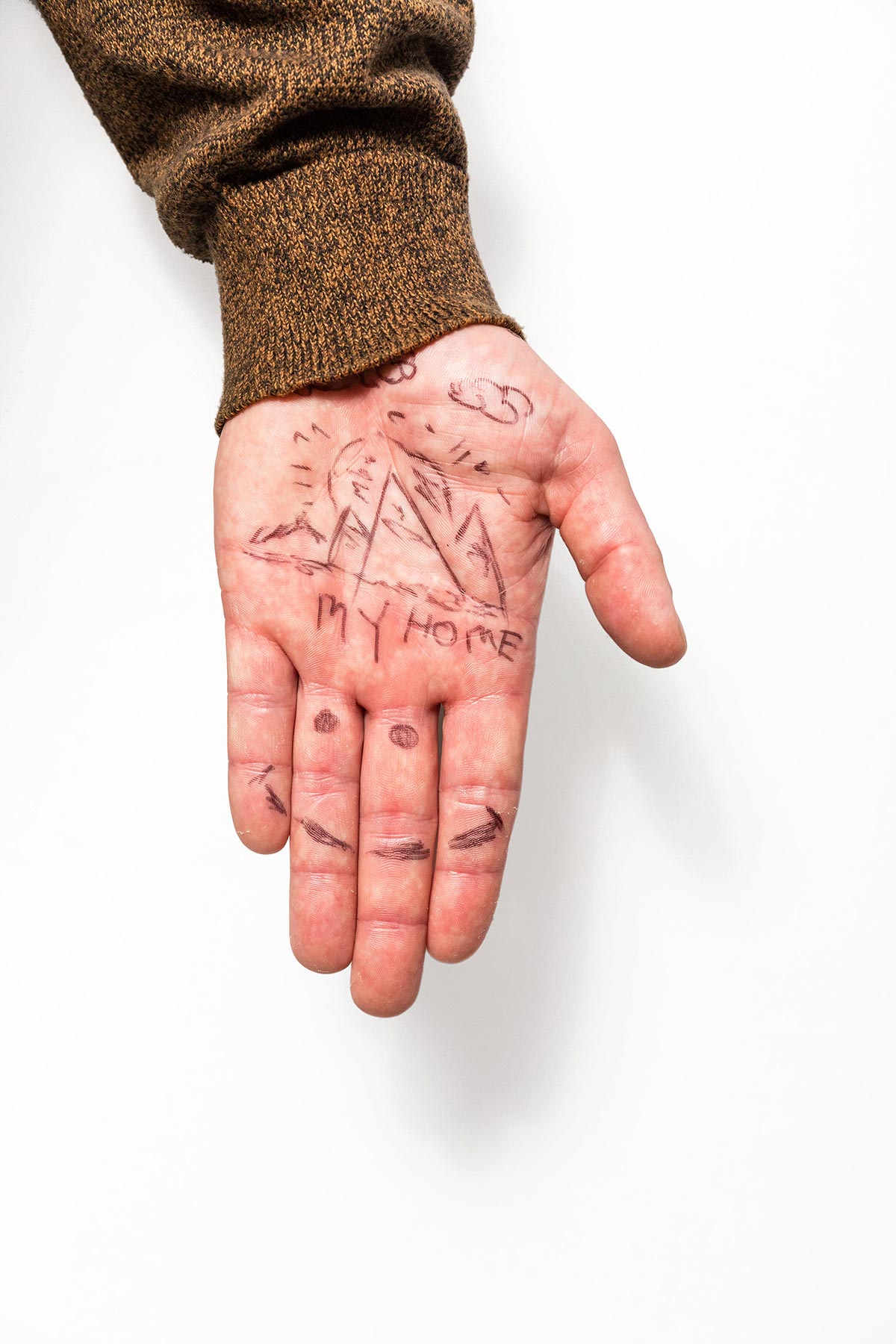 Homeless in Covid, by Iain McLean

A few days back photographer Iain McLean told Colin and I that he’d been working on a series of portraits of homeless people, and assisted by the Simon Community Scotland. Today he shares with us some of the work, which is still ongoing and due to be exhibited in October, along with his thoughts on the project. – Jeremy

DS – How did the project come about?
Iain McL. – I wanted to volunteer during the Covid epidemic and after a conversation with a client they offered me a commission to photograph a charity’s work during Covid.
The Simon Community Scotland were fairly local and I was already aware of them and the work they do, so I contacted Hugh Hill (Director of Services and Development) and put my idea to him.

I imagine gaining access, and trust is difficult in such a situation, how did you go about that?
My contact at the charity is Julie and I felt our very first meeting went well and she really understood what I could offer. In my experience it is rare to be given the opportunity to work with an organisation who encourage you to pursue a creative idea. A refreshing experience!
I initially did some volunteering in their warehouse, sorting clothes and helping load and unload food deliveries all the while taking some casual portraits and recording the events. This seemed to go well. We then visited the Ibis Hotel where I met the Simon Community staff and managers to have a look around and say hello. Once they realised I wasn’t a blow-hard they began to allow more access to travel to other services to meet and photograph both staff and clients.

What was your aim and goals for the project?
It quickly became apparent that there were 2 threads to the project – one was creating a library of stock images for the charity and the other was producing a conceptual project challenging the common perception of what a homeless person should look like.

How long have you been working on it?
I first contacted the Simon Community in mid April, with May and June being the most productive months.

Have you worked on these issues of homelessness before? Were there any surprises, or any issues you’ve learned from the project?
I had not worked with homeless people before but it was a profound and moving experience. My expectations were probably the same as most people’s, namely that I’d be meeting down-at-heel people with substance and/or mental health problems.I couldn’t have been more wrong. I’ve met travellers, religious people, immigrants, refugees, professional people, young and old and all races & genders. Many of them victims of circumstance.

How were the sitters themselves about being photographed, was it easy to gain their trust and collaboration?
The sitters were all invited to participate with the promise of a free print (or prints) in the week following the shoot.
Most were keen to tell me their story but a few were quiet participants so were simply photographed and then left.

How did you decide on the manner in which you’ve photographed people against the white backdrop, and with the idea of photographing items they own and cherish?
The items were photographed in the hand of the sitter, with the hand being a metaphor for hope and open-ness as well as being symbolic of the Covid crisis – hand cleanliness etc. I felt the portraits needed more than just a short explanation of the person and their circumstances so used the idea of ‘comfort’ during this troubled time to give the work some extra depth. The white background was a deliberate act to take the homeless person away from any cliched location and to present them as a dignified, empowered person. A blank canvas. I was trying to develop the idea when my friend John Linton pointed me to the work of Stefan Ruiz who’s project ‘Cholombianos’ is shot on location against a white backdrop, and I saw that this technique would be perfect for my homeless project.

What are your hopes for the project? Are there plans to exhibit it or publish it?
We hope to exhibit in October. There are a couple of venues in the pipeline but we’re keen to get the portraits shown in as many locations as possible, so would be happy to hear from any suitable locations….and of course we will be back on the phone to Document Scotland too!

Thank you Iain for sharing the work, we look forward to seeing how the project develops.