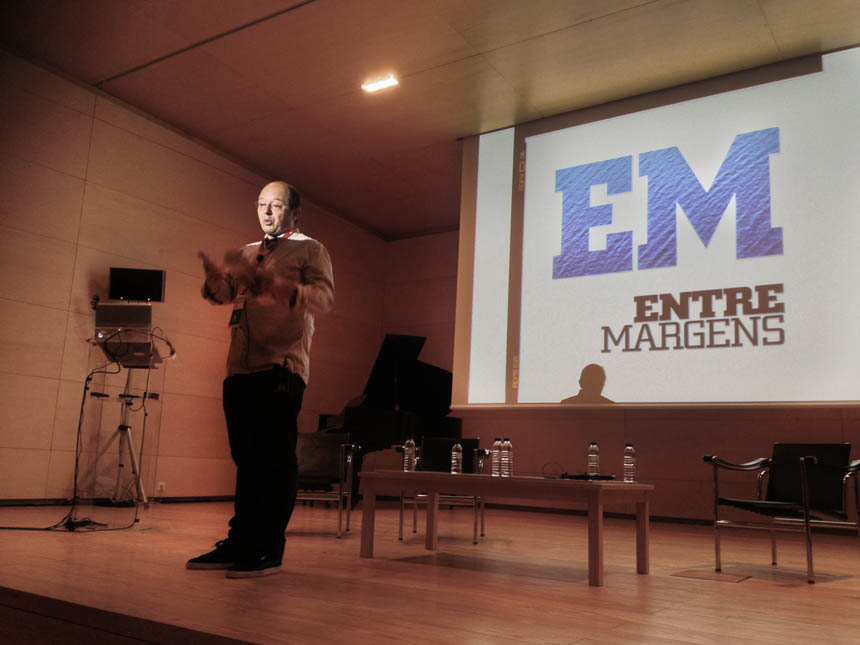 Document Scotland was delighted to receive an invitation from the organisers of the Entre Margens project to attend a three-day conference last weekend in the beautiful Portugese city of Porto.

Entre Margens (between river banks) is a project of artistic intervention in the historical towns and villages of several locations in the Douro region, with the city of Porto, which stands at the eponymous river’s mouth, being the closest big urban conurbation. Through the eyes of photographers and artists the three-year project sought to discover a universe characterised by the river, the wine, the landscape and ultimately by its people.

The 2013 event, which is scheduled to be the final one of three under the current funding arrangements, produced a fascinating mix of photographic commissions, live events and discussion. Commissions were awarded to a number of acclaimed international photographers as well as local image-makers, both established and emerging.

The project’s aims were to promote new ways of interpreting contemporary creative output, whilst reviving public spaces under the banner of local sustainable development, cultural co-operation and environmental preservation.

Entre Margens also encouraged and challenged up-and-coming artists and photographers to take a fresh look at the region, and the work which was produced was intriguing and excellent, offering many personal insights into the culture, customs and landscape of a region of Portugal steeped in history and tradition.

The weekend conference at which Document Scotland participated featured contributions from legendary British photographer Brian Griffin and showcased the burgeoning talent of London-based Chloe Dewe Mathews alongside the acclaimed Brazilian Gil Sibin. The work by established Portugese photographers such as Antonio Pedrosa sat well with a host of emerging local photographers whose work demonstrated that there is plenty of talent coming through in the country.

A stimulating and intriguing weekend consisted of presentations by photographers and industry professionals (such as Firecracker/Magnum’s Fiona Rogers and well-known English festival directors and curators Louise Clements and Patrick Henry as well as representatives from photo festivals in Lodz, Poland and New York), walk throughs of the exhibitions (stunningly presented as illuminated cubes in the city’s streets) and plenty of time for formal panel discussions and socialising with Portugese colleagues.

The Document Scotland presentation gave an overview of our first year and highlighted our desire to collaborate and co-operate with other photographers, institutions and festivals both at home and abroad to make a contribution to the debate on the future of photography. There was a great deal of enthusiasm for- and interest in our collective model and don’t be surprised to see at least one group of Porto-based photographers coming together to make work and explore many of the themes and ideas of this fascinating place. Document Portugal, anyone?