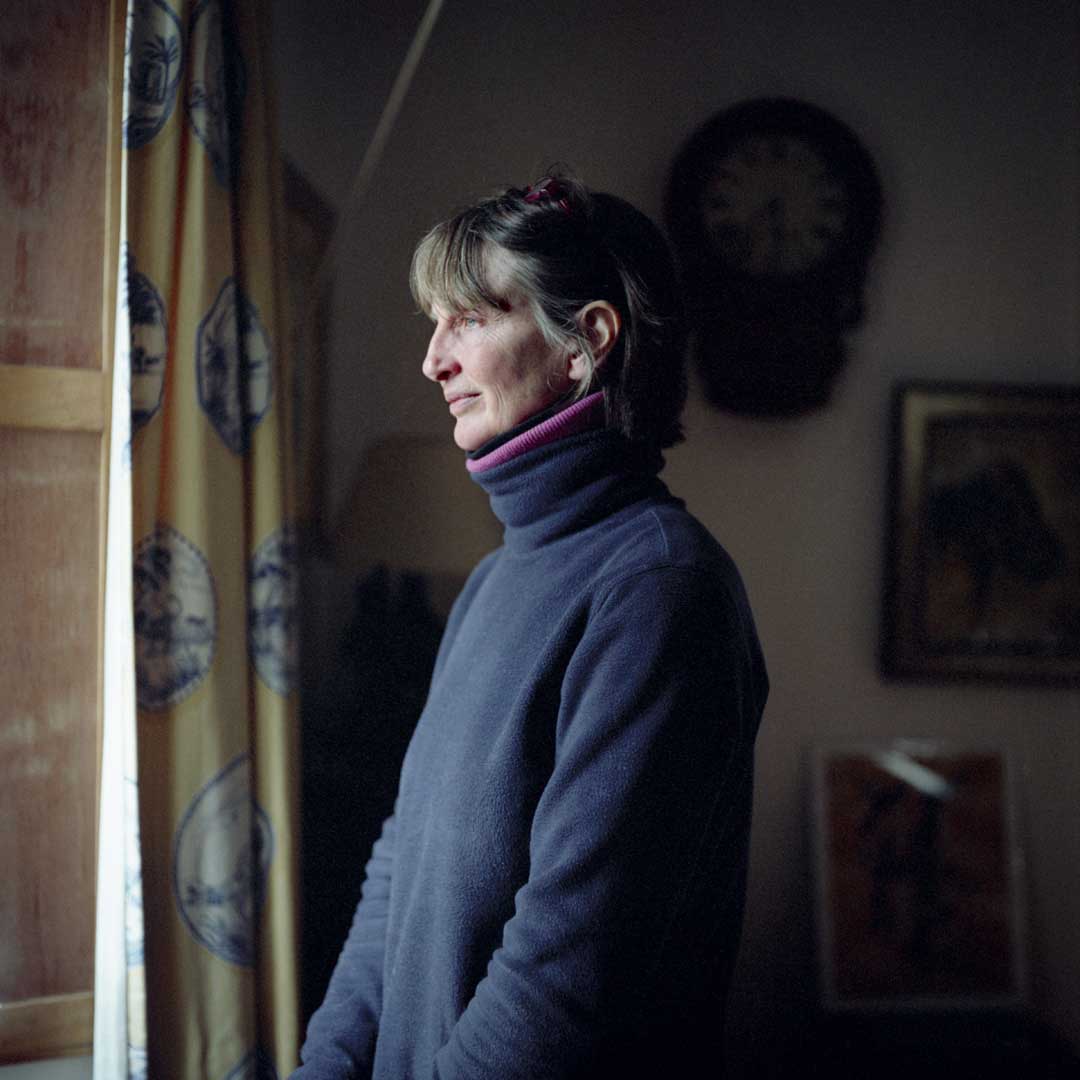 Why I Took this Picture ….. Mary – by Sophie Gerrard

Spring 2013 was one of the coldest on record – it almost never really came. Farmers all over Scotland were concerned and anxious that by mid April, there was still no sign of grass,  that’s pretty much unheard of. 15 foot snow drifts on Arran over Easter and -5 degrees recorded in Fort William added to the worry. It was an extremely testing time for farmers as they tried to look after sheep out on the hill giving birth into what should be warmer weather with fresh spring grass to feed on.

As I’ve started to spend more time in the Scottish landscape and take more photographs over the last year or so I’ve found myself drawn to stories of human relationships with the land and the emotional connections. The more I’ve started to engage with issues concerning our Scottish landscape – the more I’ve felt drawn to look at them through the eyes of women- purely because I think its something that’s not often represented. When you look to farming all over the world – women play a hugely important role – in Scotland the same applies.

Mary runs a farm in Perthshire which has been tenanted by her family since the early 1900s. Whilst spending time with her she talked passionately and emotionally about her relationship with the farm and the landscape. The day I made this picture we’d just finished spent going round the farm checking on the pregnant ewes. The ground was frozen solid, there was no fresh grass, Mary had fed everyone by hand and checked all were alright. We’d been blown about, got muddy and dirty, crossed swollen rivers, driven up into the snow for the high fields, and returned back to the house to warm up. I took this picture as we stood at her kitchen window looking over the farm….

“I see myself not as a landowner but as custodian of this beautiful place, I feel I have an moral obligation and responsibility to leave it as good if not better than it was when I came here. I never felt forced into farming. I was told it was here if I wanted it, it’s in my blood. I can’t imagine having done anything else and I think it’d be extremely difficult to do this work otherwise. It’s not an inviting industry for young women to enter into however and the average age of a farmer now is 58. The farm is the most important thing, it’s really the only thing as far as I’m concerned. I want to leave this place in a box, and I’m left with a dilemma now that neither of my daughters are interested in the farm. ”

Sophie’s photograph, and others from her series, ‘Drawn To The Land’, can be seen at Fotospace Gallery, Rothes Halls, Glenrothes, as part of the ‘Seeing Ourselves’ exhibition, which is curated by Document Scotland. The exhibition continues until August 1st 2013.
Document Scotland’s latest newspaper, which accompanies the exhibition, can be bought via our publications page.