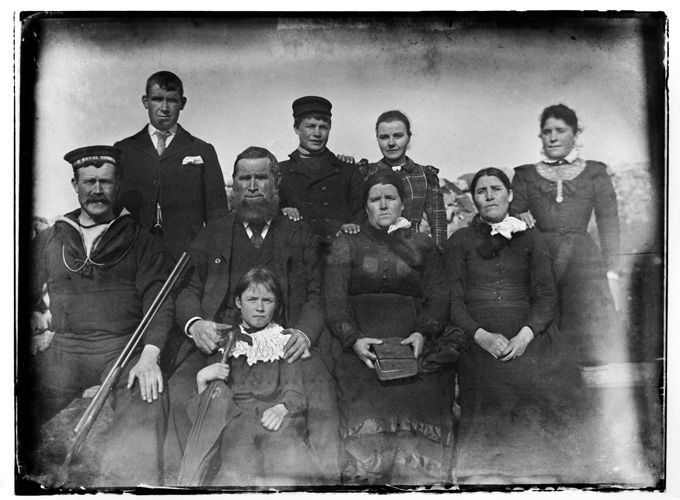 An afternoon of talks and photographs will take place today at the Old School Community Centre at Shawbost on the island of Lewis to celebrate the life of Dr Norman Morrison (Tormod an t-Seoladair), whose pre-World War I photographs of life in the area are being presented in public for the first time.

Dr Morrison (1869-1949) had a long an interesting life; he completed a short spell of education in a so-called blackhouse school, but despite this rose to prominence as the co-founder of the Scottish Police Federation, a pioneer in herpetology in Scotland, an author on books on history and folklore as well as gaining a reputation as a fine glass-plate photographer.

Now, a one-day symposium (open to the public tickets on the door) celebrating the many facets of Dr Norman Morrison’s work accompanied, for the first time ever by a public display in Shawbost of the striking photographs that have inspired this initiative. A variety of invited expert speakers will give talks on the many achievements of Tormod an t-Seoladair.

Comann Eachdraidh an Taobh Siar were gifted the intellectual copyright over copies of these negatives by the descendants of Dr Norman Morrison, and intends to appreciate and explore Dr Morrison’s legacy through reproduction of the images and collaborative projects in the community. Roddy Morrison, Chairman of the Westside Historical Society said, “This discovery lifts a curtain, allowing us to look at an unseen chapter of our past.”

The negatives are historically invaluable, unique in content and previously unknown; they skilfully show groups of villagers and individuals posed in the local landscape. The photographs have merited national and local interest from the Scottish National Galleries and CNES’s Tasglann project, in addition to being a source of fascination for the local community.

These images are significant and unique in portraying community life in the early 20th century. Photographer Murdo Macleod, who was born and brought up in Shawbost and has been invaluable in bringing this project forward, commented, “The photographs, whilst fascinating in themselves, are also a missing piece in the photographic heritage of the Hebrides – predating Paul Strand’s Hebridean work by up to fifty years and standing in stark contrast to the output of George Washington Wilson.”

A lasting legacy from Dr Norman Morrison will remain in the community for future generations through photographic archives and the production of a DVD recording, documenting community inter-generational walks, observing and listening to the history of the area in partnership with Iomairt Ghaidhlig Iar Thuath Leodhais.

Dr Morrison will also be the subject of an hour long documentary to be produced by Corcadal Productions for BBC Alba.

Further information can be found at the Proiseact Tormod an t-Seoladair website or on their Facebook page.