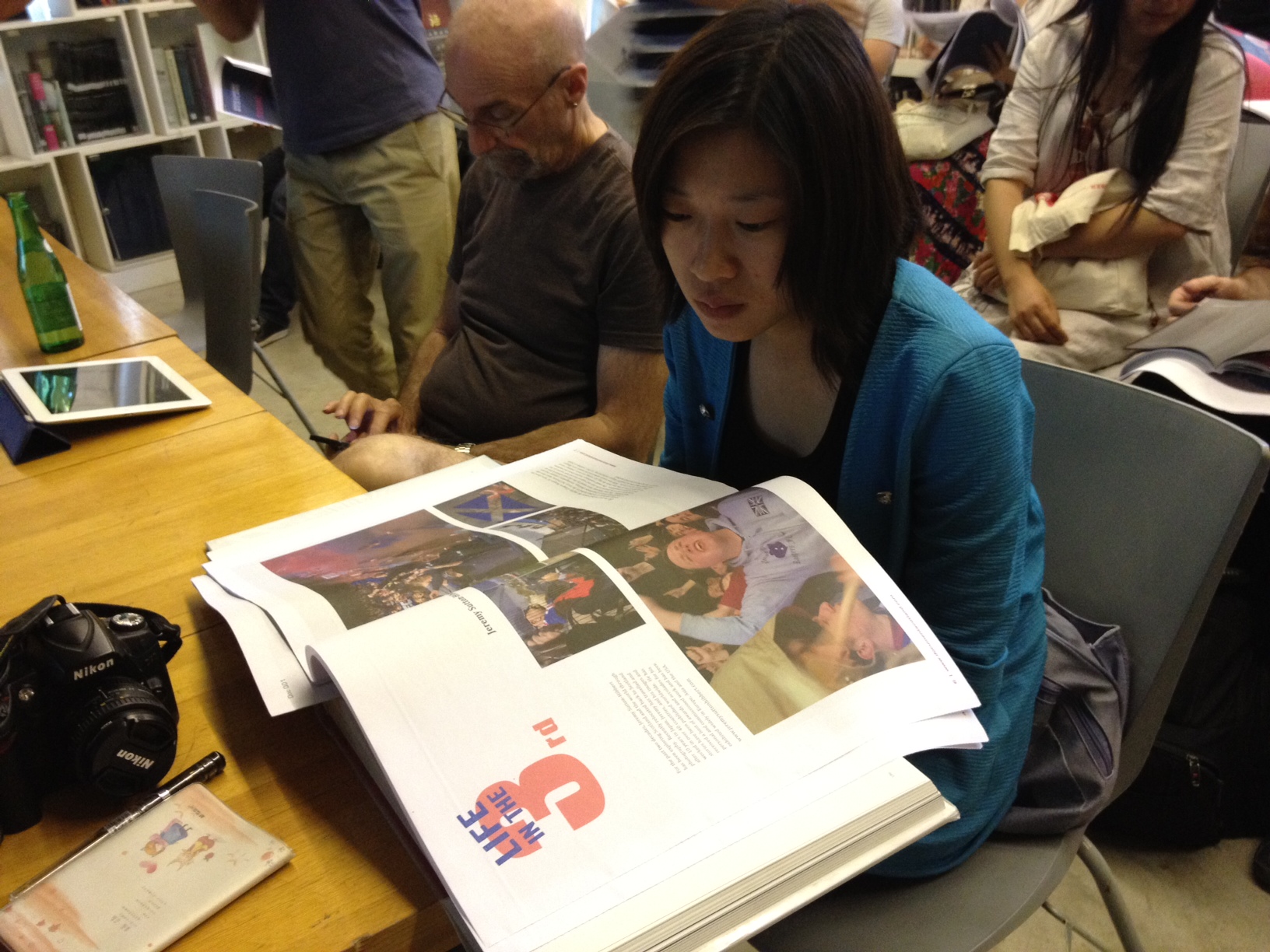 Out of the Shadows

It’s always nice to go back to where things begun.

One year ago, Document Scotland was conceived in Beijing and born in Scotland. When Colin, Jeremy and Stephen travelled to China last year on assignment together, little did they think they would come back as a collective. One of the pivotal moments of the visit was attending a lecture by Street Level Photoworks director Malcolm Dickson, who talked of the historical importance and legacy of Scottish documentary photography to an audience at the acclaimed Three Shadows Photography Art Centre in Beijing. The conversations which emanated from that event led us to the conclusion that Scotland, standing at an historic crossroads, needed to be photographed and documented in an organised and determined way to leave a lasting legacy of these momentous times.

Fast forward one year and we are back at the 3 Shadows. This time by invitation from the centre’s director Rong Rong, to update the audience of our progress in the first year. Minus Stephen, but plus Sophie, we staged an event which showcased not only our own collective work, but set our photography in the context of the wider work being undertaken by photographers across Scotland at this present time. The talk was well attended and went on long past the scheduled finish time as we fielded questions on everything from the plight of the wild Atlantic salmon, the contrasts between land grabbing in Aberdeenshire and China and the prospects of Rangers joining the English Premier League.

It was a privilege to be afforded the opportunity to talk to people in China directly about our work and what we are aiming to achieve through Document Scotland. We were even able to prove the link between our two countries by talking about the pioneering Scottish photographer John Thomson and his groundbreaking work in China in the 1870s. It was a fitting way to cement a relationship with Three Shadows which we hope to build on in the future. Many thanks to everyone at the gallery for staging such an enjoyable event.