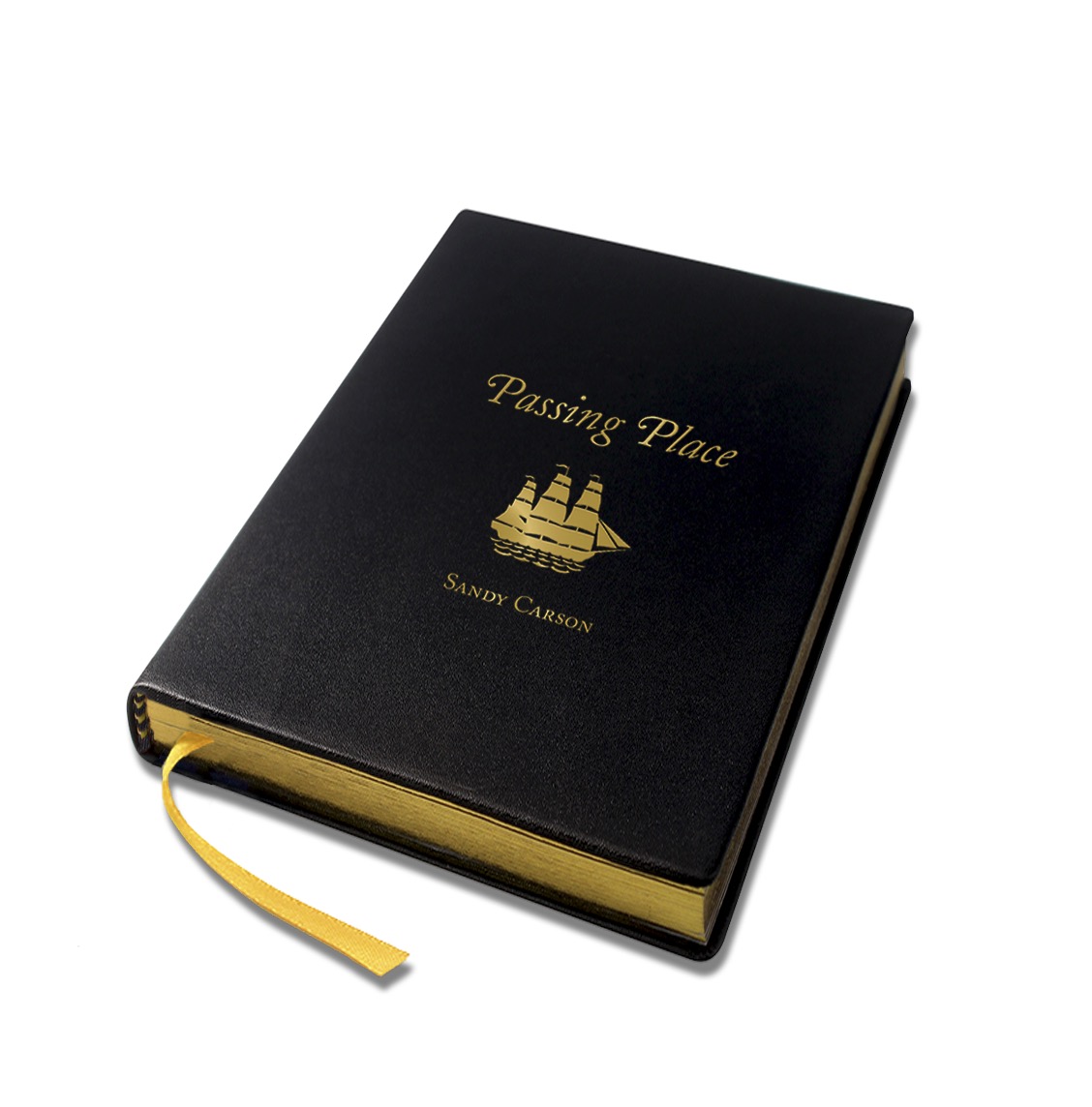 Passing Place is an intimate portrait of both Sandy Carson’s mother and the ex-mining village he grew up in the West of Scotland after emigrating to America at a young age. This photographic memoir deals with separation, space, and the invisible family bonds that exist despite physical distance incurred by geographical displacement.

The name is inspired by one-lane rural roads with wide spots that are common in Scotland, allowing vehicles to pass each other and continue on their journey.

These photographs and memories made on annual visits home since 2001, are a testimony to Carson’s upbringing and a gentle reminder that absence creates longing and nostalgia across the miles. Carson was drawn to make a record of everyday domestic rituals and routines during the rare times he and his mother spent together, to distill time with her portending passing in 2016.

By uniting his photographs with the ephemera and family photos left behind by his mum, Carson is striving to fill the void by retracing their lives, embracing the formative years they spent together, and absorbing the ones they lost.

See images from the book, and an interview with Sandy Carson, here, previously on Document Scotland.

Within the book there is an essay by Stephen McLaren, of Document Scotland.

Hame Is Where The Heart Is, by Stephen McLaren.

A few years ago I wrote a book for the publisher, Thames and Hudson, called, Family Photography Now. It was an anthology showcasing recent photography projects from thirty-five photographers around the world who were using their families as a source of inspiration. The impulse for a photographer to use one’s own family as material has always been there, but in the last few years the number of photographers with at least one project delving into those complicated relationships with parents, children, and siblings, has exploded. “Stick close to what you know” is a totem that many educators pass onto students who are looking for a project to launch their career, and it seems that examining one’s own clan, has become the obvious choice for many emerging talents looking for inspiration.

Family Photography Now was reacting to a moment in the medium’s development when the domestic, the intimate, the close-to-home became once again, a keen source of creative camera work. In previous decades trailblazers like Richard Billingham, Larry Sultan, and Sally Mann, created seminal bodies of work in photo-book history, but Family Photography Now, picked-up on a new wave of artist who were using old family albums, casual iPhone snapshots and more formal portrait-based images of their family to good effect.

It’s encouraging that many photographers are re-taking ownership of their families life-stories in photography. Many have been taking a fresh look at their parents’ and grandparents’ family albums – often slightly battered and dusty from years of inattention – and finding pictures which, in their analogue, un-filtered nature, are suggestive of more innocent times and which they can adapt for their own ends. When telling a tale of the most complex and emotionally-laden institutions in all our lives, that approach of using family archives in conjunction with more considered formal portraits gives a richer and more nuanced take on the emotional maelstrom of family life.

In this book, Sandy Carson, has similarly used a mix-and-match approach to tell a story about his family, more specifically, his recently-passed mother, and it is one of the best exemplars of how photography can be used to investigate, record, and re-consider how our loved ones permeate and enrich our lives. One of Sandy’s inspirations involved a family heirloom which most of us will recognize from our own family past.

“ My mother had a collection of family photos, dictaphone tapes and artifacts she keeps in a big biscuit tin that date back to the 40’s onwards, all shot by different family members, passed on from my grandfather, who was an artist. Those snapshots and sound-bites had quite an influence on me growing up and I enjoyed revisiting the nostalgia each time I went home.”

Susan Sontag and Martin Parr have had much to say on how families represent themselves through the collected family archive. Sontag once astutely wrote, “Through photographs, each family constructs a portrait-chronicle of itself — a portable kit of images that bears witness to its connectedness.” Parr also recognized this tendency for families to create their own life-mytholgies through photographs when he said: “Most family photo albums are a form of propaganda, where the family looks perfect and everyone is smiling: we try to create fabrications about who we are.”

Sontag also wrote that “The photographer both loots and preserves, denounces and consecrates” and this suggests that the photographer runs the risk of being too embedded to make a dispassionate or objective account of their family story. This is something that Sandy seems to have taken on board.

“When I started making the photos I didn’t have any intention, other than to take back some memories of home, but after numerous visits over the years, the photos began to navigate towards a narrative, based on my family and their immediate surroundings. “

While Sandy’s book makes great use of the family archive, of a working-class family in central Scotland, he also spent much time and effort in the last years of his mum’s life to slow things down and create lasting portraits which are overloaded with loving intent.

“I found that the bigger the format, the more quality time I could spend with my family in set-up time – just slowing life down in general. I’ve shot digital on occasion but didn’t like the process or the end result. There just wasn’t any magic or nostalgic physicality to the digital files versus a piece of film. My family are old school and I feel like it’s only fair to shoot analogue with the aesthetic. “

Families by their very nature tend to be tight-knit units where secrets and certain intimacies are instinctively protected, hidden, and often denied. While some photographers may regard their family-based projects as a form of therapy or psychoanalysis, this camera-assisted examination does not necessarily lead to good outcomes. While each family is intrinsically unique, and therefore at least endlessly fascinating to those embedded in it, it takes an extra level of photographic intelligence to summon-up a body of work which elevates the unique narratives of each situation into something more rewarding by virtue of the universal themes it explores.

Sandy’s book accomplishes that goal by bringing a sense of unease and mystery into his story. Everything is not as it seems. Several of his featured relatives appear not to be “on the same page” either emotionally or perhaps genetically. The edited flow, over three distinct chapters in his life, is astute and largely chronological, but there’s plenty of room for us to speculate, as Sandy seems to suggest, whether the members of his family actually get on with each other, or whether a multitude of secrets and lies remain hidden.“All families are creepy in a way,” Diane Arbus wrote to a friend in 1968 and Sandy seems to acknowledge that fact in this complex and multi-faceted photographic memoir. What remains, though, beyond the speculation, is an enduring son’s devotion to his mother and the gifts she gave him in life.

The book is available now for pre-Order from YoffyPress.