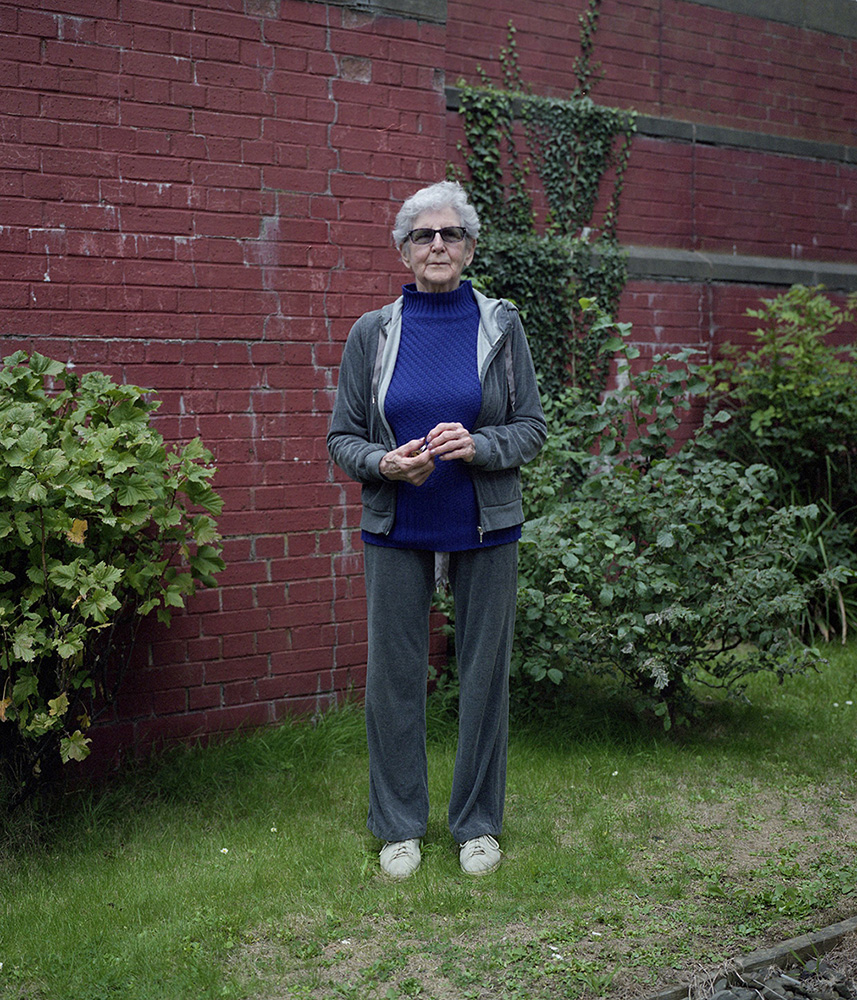 There is a lot of discussion at present about what our towns and cities will look and feel like in the post-COVID world.

A death spiral of economic activity and loss of both permanent and transient populations, could lastingly render the centres barren wastelands, redundant in many different senses. With tourist numbers in decline and employees choosing to work from home, the whole service infrastructure required is becoming obsolete. The flip side, is that people are fostering an interest in localism, in how peoples’ immediate environment can serve their daily and weekly needs by starting to re-imagine what life could be like without the imperative for travelling and commuting for entertainment, employment and enjoyment.

In a sense, much of this reconfiguration has already taken place. Many of the communities housed in the areas surrounding our big cities have changed dramatically in the last three decades. They are urecognisable from what they looked like, at least, in the past. Whilst many of these changes have been cosmetic, masking deep, underlying societal problems, there’s no doubt that by altering their physical appearance, many of our peripheral housing estates, for example, have been given an outward appearance of change and improvement.

One such place is Muirhouse, one of a collection of housing schemes in the north of Edinburgh developed in the 1950s as the original process of reconfiguring the city’s centre took place. This involved slum clearing – some would say slum cleansing – scattering the capital’s population to the edges of the city, dispersing communities and displacing many of the chronic problems largely out-of-sight on Edinburgh’s fringes.

To anyone growing up in that era, places such as Muirhouse were often labelled with descriptions such as ‘notorious’, ‘violent’ or ‘deprived’ and were seen, if they were ever looked at, as a blight on the city, best ignored and forgotten about. The architecture was grey and brutal, with the area being dominated by the Soviet-style Martello Court, a 200-foot, 23 story edifice which became the epicentre and synonym for all the area’s problems.

Almost 30 years ago, Network photographer John Sturrock chronicled the community as part of the Positive Lives – Responses to HIV photodocumentary project which graphically laid bare many of the challenges facing the people of Muirhouse at the time: crime, poverty, drugs, disease. Nevertheless, what was also communicated was a strong sense of resistence and community camaraderie. A feeling that people could, and would, survive. In recent years, Document Scotland has featured the work of two other photographers who have both made work on the estate: Yoshi Kametani’s often wry and colourful portrait of the place and Paul Duke’s No Ruined Stone, an insider’s view, which laced reality with positivity.

This year, as the privations of lockdown gripped the nation, photographer Paul S. Smith embarked on his own project to document and interpret life in Muirhouse. Born in England, Paul’s family moved to Edinburgh when he was a boy, and he grew up in one of the more leafy areas of the city which abut Muirhouse. His memories tally with those of so many of the place, negative stereotypes reinforced by hearsay, rumour and suspicion. It is to his credit that, three decades on, he has chosen to revisit his childhood and confront these memories and prejudices.

We caught up with Paul and asked him a bit about his work and the approach he is taking to making it.

DocScot: Can you tell us a bit about the project?

Paul S Smith: The work Martello Court is a five-year project which began in early-March 2020 during my studies at the RCA, London. With the project I hope to give an objective eye to the people that live and work in Muirhouse, giving myself an opportunity to understand a place that dominated the imaginations of my childhood. As stated by Document Scotland’s Stephen McLaren in 2018: “Places in which we grow up rarely leave us, they exert a pull across the decades and often force us in later life to re-examine how we have become the person we are today“.

DS: The inspiration to do the work goes much further back, to your family’s time in Edinburgh…

PSS: In the summer 1987 my father gained the position as the headmaster of the prestigious public school – Edinburgh Academy. As a family we all moved to city from High Wycombe, Buckinghamshire and lived within the school grounds. My sister and I (aged eight) were fortunate enough to attend the school for free. With a Dutch mother, English father and little understanding of Scotland, we had to adjust to life in Edinburgh. I subsequently spent my adolescence there, although not always fitting in with the etiquette of public school life. It was not until the early-1990s that I first heard of Muirhouse.

It was the first class of the day at the senior school I overheard a class mate of mine describing how his brother had just been attacked whilst visiting Murihouse; a housing scheme toward the periphery of north Edinburgh (a scheme that would later be the setting for the book and film Trainspotting). He was angry, talking about his disgust of the place and the people who lived there. What I remember most is his portrayal of the poor state of the housing, describing the residents as “animals”. Rather than being appalled by his story I became instead fascinated in what I had heard. As already having the feeling of an outsider at the school, I wondered where this place was and what the residents really looked like. Way before the invention of Google Maps and, despite being just over a mile from where I lived, I never visited the scheme – instead cycling along, what I saw as the safety of, Ferry Road and occasionally looking over to where the scheme was, hopefully passing residents who were leaving and taking a bus to the city centre.

DS: The urban landscape there is dominated by Martello Court. This then became the inspiration for the project…

PSS: Within Muirhouse is the tower block Martello Court which during the 1970s became known because as Terror Tower. Standing twenty-three stories high, the block can be seen from a distance. I remember using excuses to visit Edinburgh Castle, Carlton Hill and Arthur’s Seat just to see the tower block from that distance – never telling anybody of my intention. What I liked was that despite the towers marginal location it still had a narrative within the city’s consciousness.

DS: It’s quite a leap from you as a boy to working on a photography project in the area all these years later. How did it come about?

PSS: The project Martello Court began whilst I was studying on the Masters of Research (MRes) at the Royal College of Art, RCA (finishing October 2020). As a class we were asked to respond to a page from any book that had particular significance to us. Wondering what to do I opted for Trainspotting. I decided to select a page where the name ‘Muirhouse’ was first used; then marked all the other words out. This activity helped to highlight the housing scheme away from the framework of the text. I presented the work to my class the next week. Unbeknown to me this was to be the starting point for the project; as during my first tutorial – and lengthy conversations about Scotland, outsider identity and the various housing schemes of North Edinburgh – my tutor finished by saying: “Well, I guess you’re going back to Edinburgh then!”.

DS: How did you start the photography in Muirhouse?

PSS: My first point of contact was the concierge at Martello Court, Gabriella, who put me through to the head of Martello Court Residence Association – Etta McInnes. Etta is an 88-year-old third floor resident and she gave me access to the garden, offices and stairwell in the building. She is my future point of contact for the next few years. Etta has lived on the estate for 30 years and ‘runs the show’; in fact after spending time with her I did once refer to the block as Mar-Etta Court. I had the pleasure of meeting Etta’s son Ian, on my last visit in August, who about of mother: “You didn’t have to even watch the news, you just need to go and talk to my mother and she’ll tell you everything, you know what I mean. She is better than Sky News.” Ironically, Ian went to school with both Irvine Welsh and Gordon Strachan, both former residents of the scheme.

DS: Did you have any doubts or anxieties about making the work?

PSS: I found the experience of the architecture of Martello Court at first daunting, but after meeting the various characters and nationalities that inhabit the space, I discovered a warm and welcoming environment – not at all as its reputation or nickname, Terror Tower, would suggest. For my photographic work I mapped out several areas that would best suit portraits around the tower block and, on the day of my shoot, I found the residents to be particularly involved with my project and understood my interest in the area and its present population. Despite of the ongoing COVID-19 pandemic I found the residents still happy to be photographed and interviewed on their views of isolation and their hopes for the future.

DS: Thank you Paul for sharing this work with us. We look forward to finding out how the project develops over the coming years. Good luck!

Paul S Smith is a lecturer in photography at Buckinghamshire College Group with a focus on alternative landscapes and communities within the United Kingdom, Europe and America. More information about his work can be found on his website.