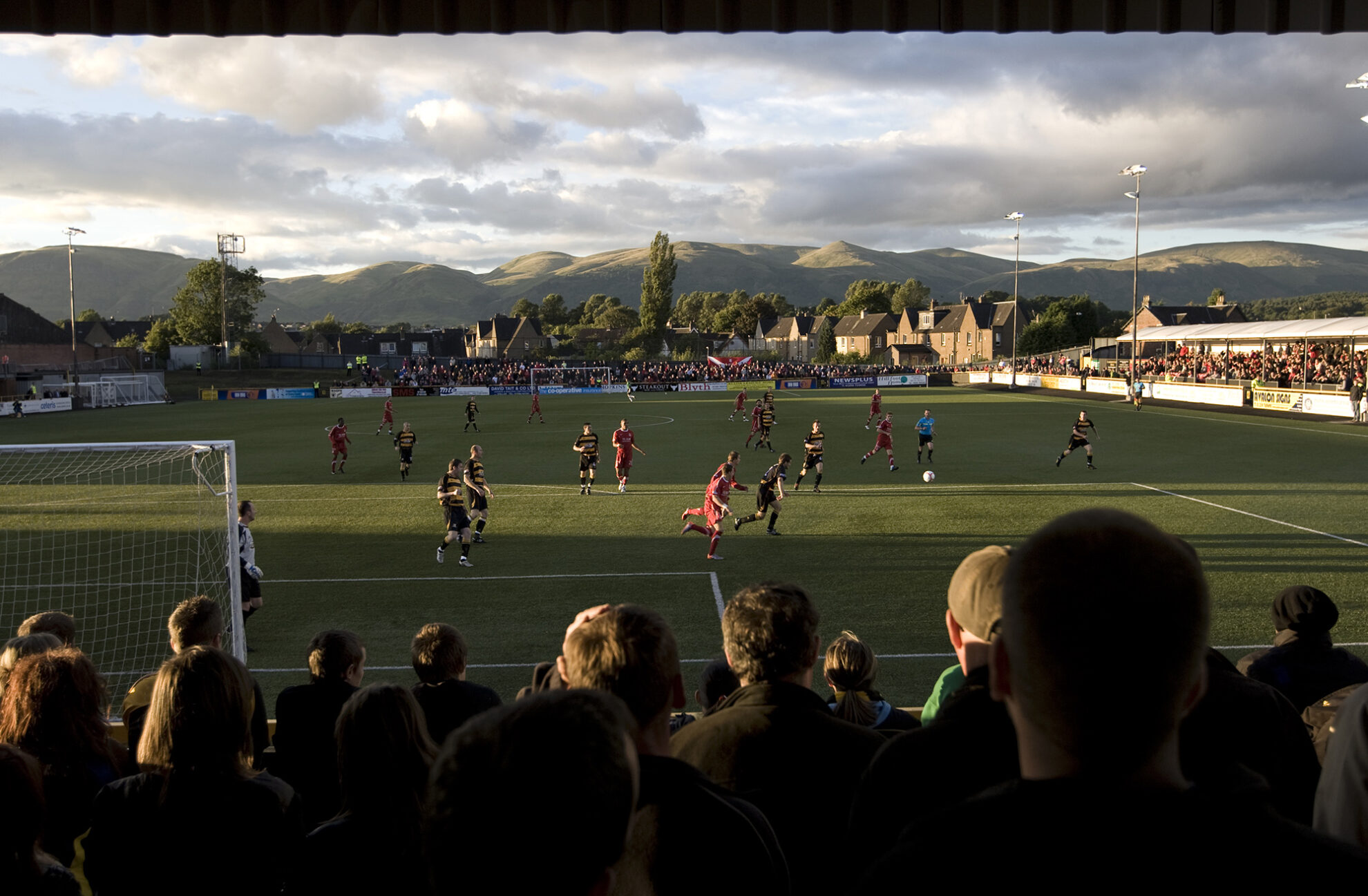 Football has always held a grim fascination for me. From my youth, spent grubbing around the fetid underbelly of Scottish soccer as a die-hard Meadowbank Thistle supporter, to my current incarnation as a documentary photographer and some-time chronicler of the national game, what interests me most is not the multi-million pound wasters or the diving prima donnas clogging up my television screen, but rather the relationship between the clubs and their fans, who dutifully follow their chosen teams to the extremities of life. And it’s the places where they choose to worship which captures my attention too. Yes, there is nothing I love more than the throbbing gristle of a Hampden full-house when Scotland are taking on the world. But give me Glebe Park in the rain too, and I’ll show you where real life exists, or life really exists.

Photographing football gives me an opportunity to visit communities across Scotland, places whose primary identity is often through their football clubs. If it wasn’t for names such as Forfar Athletic or Stranraer, would we even know where these places were located? It also allows me to plug in to the weekly rituals which accompany the sport. From players and coaches, to officials and supporters, the routines of playing and watching football are decades old and seldom change. True, the stadiums of the nation’s big clubs have been transformed into shiny, all-seated temples over the last couple of decades, but the ascetic and unchanging quality of most lower-league venues gives us a glimpse into an unchanged world, often partially obscured from view.

The work I produce is available to view on many platforms. Each month, When Saturday Comes magazine showcases my photography, not only from Scotland but across the other nations of the United Kingdom and beyond. Nutmeg, the Scottish football periodical, publishes my images and writing and in 2015-16 the work was included in Document Scotland’s landmark The Ties That Bind exhibition at the Scottish National Portrait Gallery.

Football is many things to many people. For me, it presents the opportunity to observe the ebb-and-flow of life, to witness jubilation and dejection in equal measure in an environment where although it is taken seriously, it is not a matter of life-and-death. To meet supporters with different accents, backgrounds and opinions, who are all united in their passion for the game, makes each game I attend an adventure and makes me look forward to when Saturday comes.