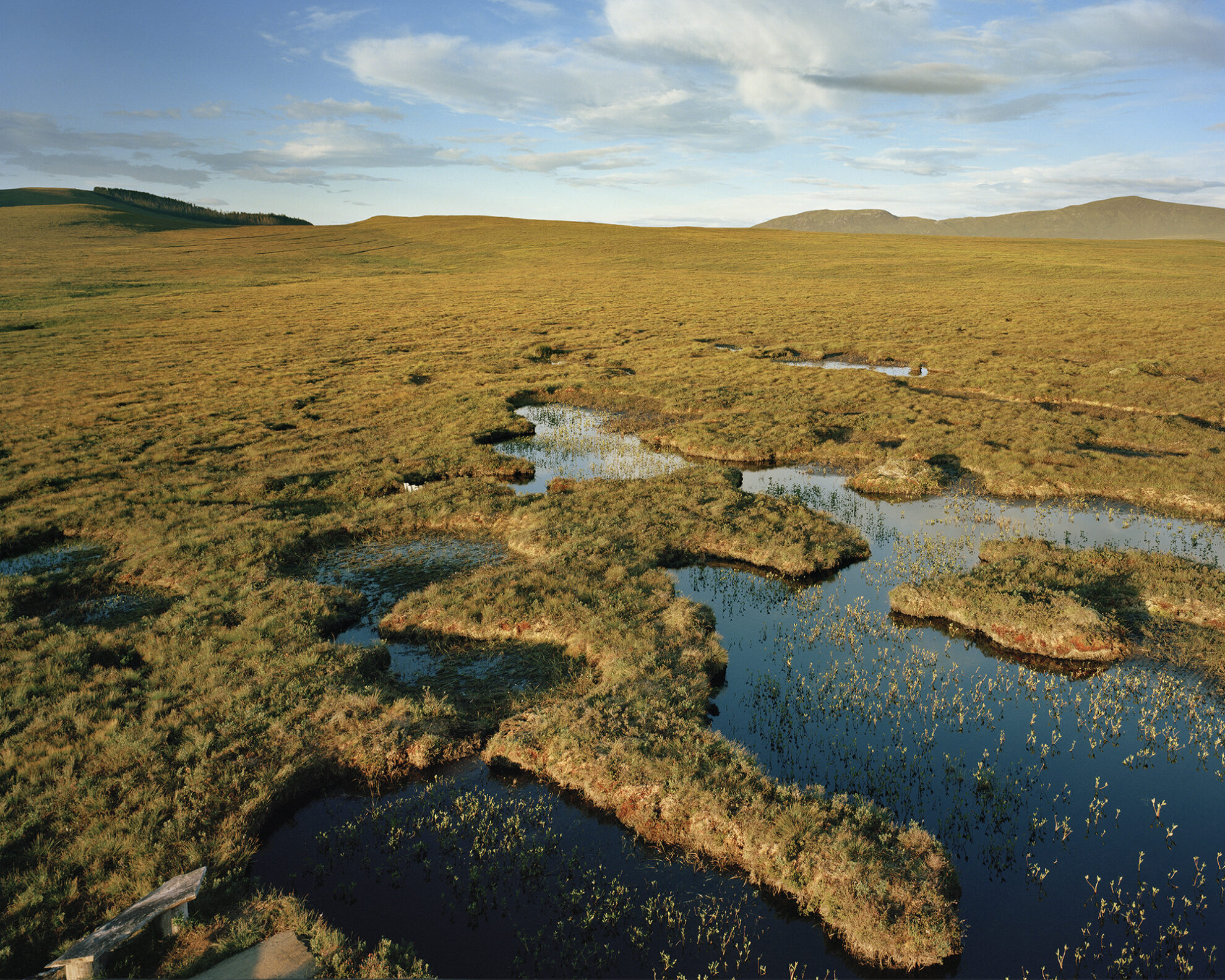 The Flows by Sophie Gerrard

In 2018 I began a project focussing on the gentle and undulating peatlands of the Flow Country, exploring this starkly beautiful landscape in Caithness and Sutherland, the people who work there, and something of its social and cultural history.

When I was a child, the vast, flat land known as the Flow Country was an area of Scotland I was familiar with, but only as we drove through it on family holidays to get to the wild beaches and cliffs of the north coast beyond. As far as I remember the peat bogs that dominated it, endless and exposed to the firmament, were not places to linger for picnics or family photographs; they were “empty and bleak”, a part of the journey to be endured as I watched them fly by from the back of the car.

In 2017 I was assigned several editorial commissions on the north coast and so once again found myself journeying through the Flow Country. This time it was me doing the driving and, naturally, I did stop to explore. Through adult eyes, I found the place to be breath-taking.

This stark beauty had now piqued my interest. I learned, through RSPB Scotland, of the Flow Country’s global significance, its controversial political past and the vital conservation efforts taking place to protect and restore it.

It is often said that photographers look to the edges – whether it be of societies, communities, traditions or landscapes. For me, the vastness of the Flow Country was one of those edges to be explored. My next project had begun.

The work is made more interesting by the challenge of the landscape and its associated climate. The conditions are unpredictable – wind and wetness are ever present, scouring both the landscape and any exposed part of the body – but it continues to be a landscape I love, and a hugely important story to tell.

Historically peatlands have been seen as empty and valueless wastelands, of little benefit to humans and yet still forced into marginal production for the very leanest of economic returns. During the 1980s, the Conservative government under Margaret Thatcher offered tax incentives to the super rich, resulting in vast areas of the Flow Country being planted with non-native coniferous Sitka spruce, which drained, damaged and ultimately killed large areas of the bog. Over 80% of the UK’s peatlands have been damaged by years of such mismanagement.

The project aims to examine this remarkable place: its story, politics, wildlife and its people. Large format images of layers of blanket peat bog uncover rich detail, colour, fragments, all in pin point sharpness, whilst portraits introduce us to locals, conservationists, farmers, land owners, managers and scientists, each of whom have a significant and unique relationship with the landscape.

This work is ongoing and was exhibited as part of A Contested Land, an exhibition Document Scotland in 2019.