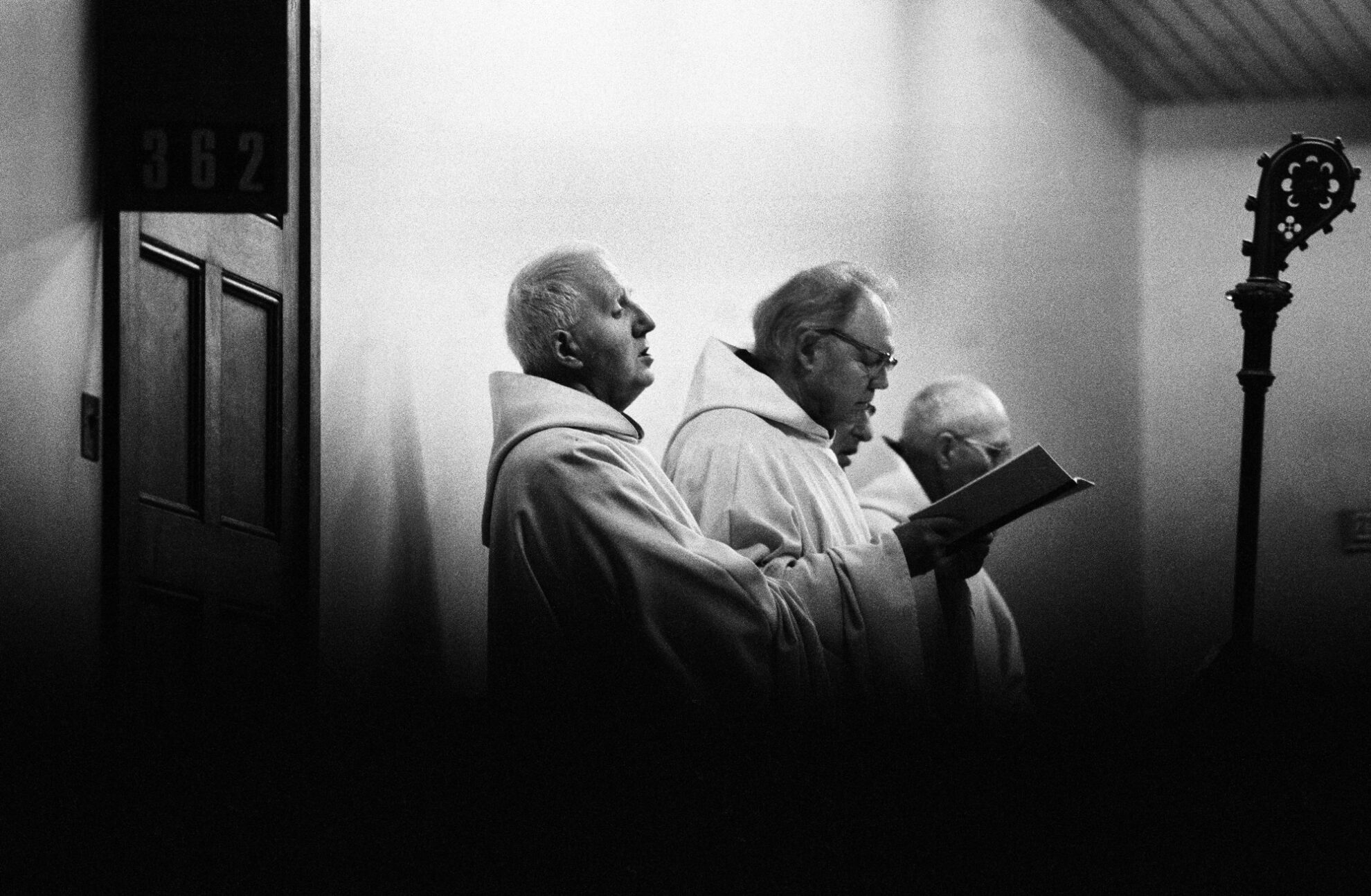 From the outside, the abbey at Nunraw looks unremarkable. A large, grey utilitarian building, perched on a hillside in a clearing in some pine trees deep in the Lammermuir hills. Built in 1969, its modernity gave few clues to the ancient customs, practices and rituals which took place daily behind closed doors.

Sancta Maria Abbey in East Lothian had been the home to the Order of Cistercians of the Strict Observance since 1946, with just 15 monks in residence when I visited in 1996 on an assignment for the Independent newspaper. The men, mostly elderly, undertook a mixture of daily tasks and strict religious observance, which commenced with a service and prayers long before the sun had risen and most of the surroundings villages and communities were awake.

Founded at Cîteaux Abbey near Dijon in France in 1098AD, Cistercians were an offshoot of the Catholic Benedictine tradition and are also referred to as White Monks due to the colour of their habits, distinctly different from the black worn by the Benedictines. Although the original purpose of Cistercians was strict observance and adherence to manual tasks and labour, the order contributed to advancements in science and technology during the Middle Ages, and Cistercian architecture is considered to be amongst the most striking and beautiful of medieval times. Their emphasis was traditionally on work and self-sufficiency, with many of the abbey communities supported through agriculture and brewing. The monks at Nunraw Abbey kept a herd of dairy cattle, but there was no beer in evidence.

I spent a couple of days at the abbey, observing the monks’ rituals and photographing them unobtrusively as they went about their daily lives. As well as devotion, there was correspondence to catch up on, laundry and dishes to be attended to and mucking out of byres too. They were engaging and funny, and although their piety underscored their lives, I had the impression it was a contented and harmonious place. They welcomed visitors, with an adjoining guest house providing accommodation for pilgrims and others with a passing curiosity, such as myself. As well as being published in the Independent‘s broadsheet Saturday section to coincide with Easter, almost 20 years later the photography had a new lease of life with the publication by Cafe Royal Books of a small selection of the work I did at the abbey. It was nice to be able to look back on an assignment which I have always felt was pivotal and important to my development as a photographer.