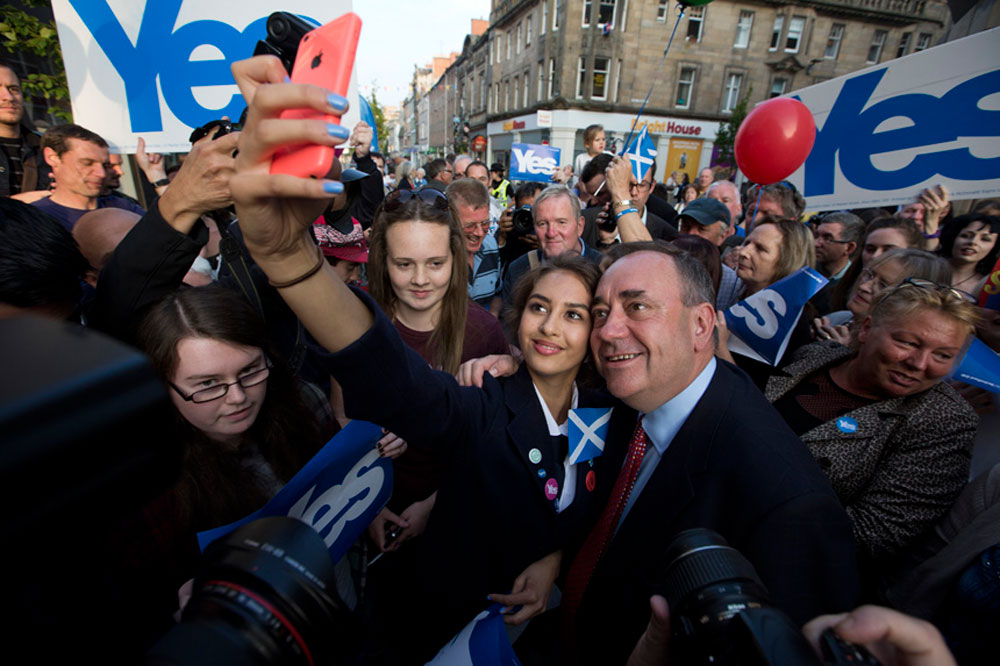 September 2014. Highs, lows, an historical and unforgettable week for Scotland.

Here are some of the images shot by Colin McPherson, Sophie Gerrard, Jeremy Sutton-Hibbert and Stephen McLaren in the lead up to and over the 18th September 2014. The world was watching, and so were we…

This is only a small selection of the work shot by Document Scotland’s 4 photographers on the days surrounding the 18th September 2014. You can see more on each of on our websites and by following these links …

Sophie Gerrard for The Financial Times

Colin McPherson in The Independent on Sunday

Sophie Gerrard in The Telegraph

Jeremy Sutton-Hibbert in The Guardian, here, here, and here

Colin McPherson in The Guardian here , here and here

Colin McPherson in The New Yorker

Document Scotland in the British Journal of Photography and again here

Document Scotland in The BBC