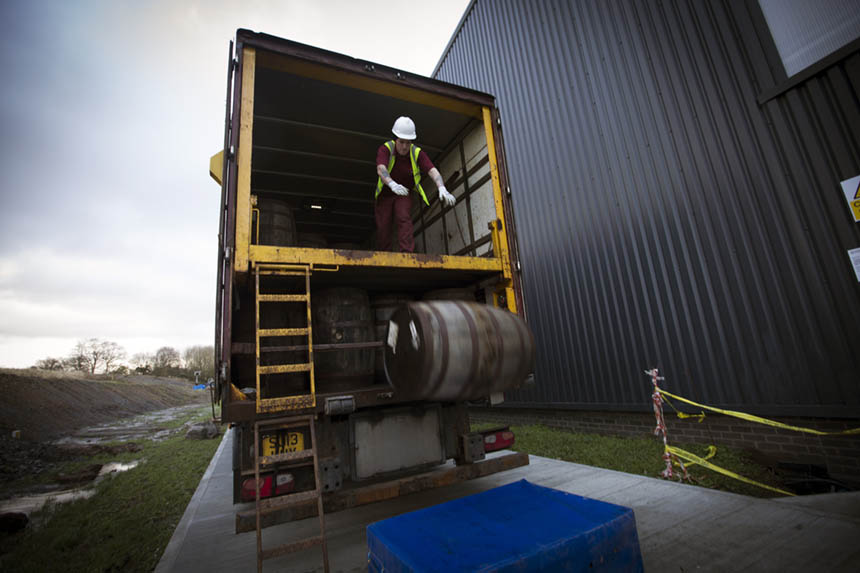 Roll out the barrel…

This month sees the first new whisky distillery for a century officially opening in Fife.

Document Scotland photographer Colin McPherson was commissioned by the company responsible for the project, MacDuff International, a Swedish-own film with head offices in Glasgow, to document the construction of the InchDairnie facility from a brown-field building site to completed distillery.

Rather than setting a brief which would befit a commercial contract, McPherson was given unrestricted access to the site and the people working there, in order to photograph the various stages which brought the project together. He was asked only to focus on the workers and their work, to engage with them and show the many skills and attributes which are required to bring such a major project from concept to reality.

Over the course of 15 months from early-2015, McPherson made repeated visits to InchDairnie, watching the seasons changing and the buildings taking shape. The various contractors came and went and left behind their legacy. The distillery, designed and built by John Fergus and Co, began production by the end of the year as the building work continued through the wet and windy winter of 2015-16. By May 2016, with the building and landscaping work done, the final result looked as aesthetically pleasing as a fine glass of malt.

The photographs are to be archived by MacDuff International as a permanent record of the project and discussions are under way about a possible publication to mark this historic moment and showcase the work made by McPherson over the last year. In the meantime, McPherson is planning to return to InchDairnie in the coming months to photograph the team of distillers and other workers employed permanently on site.