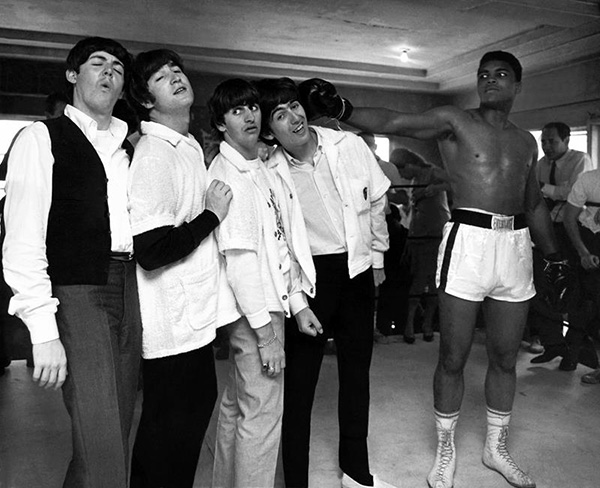 We’re pleased to hear that Glasgow-born photojournalist Harry Benson CBE, and Honorary Patron of Document Scotland, is having an exhibition at the Scottish Parliament later this year. The press release from Holyrood, reproduced below, tells all…

An exhibition featuring the work of one of the world’s most renowned photographers, Harry Benson CBE, is to go on display at the Scottish Parliament in August.

The free exhibition, Harry Benson: Seeing America, will include some of the photographer’s most iconic images capturing significant moments in America’s social, political and cultural history over the last 50 years.

Harry Benson’s credentials on photographing American history are unrivalled. Glasgow-born Benson essentially arrived in America with the Beatles and went on to photograph every US President since Dwight D. Eisenhower. Benson was present during Bobby Kennedy’s assassination and teargassed during the James Meredith March with Dr Martin Luther King, Jr. He started by covering America for the Daily Express and by 1968, was fulfilling his ambition of working for Life magazine.

This new exhibition will bring together many of his well-known images including the photograph of President and Mrs Reagan dancing, which featured on the cover of Vanity Fair, images documenting the civil rights movement and tensions in 1960s America, the Watergate journalists Carl Bernstein and Bob Woodward and Richard Nixon’s resignation speech. It will also feature many well-known American entertainers including Frank Sinatra, James Brown, Jack Nicholson, Dolly Parton, Kevin Spacey and Brad Pitt.

The free exhibition will be on display at the Parliament from Friday 12 August until Saturday 3 December. It will be the first exhibition of Harry Benson’s work to go on display in Scotland since 2008.

The Presiding Officer, the Rt Hon Tricia Marwick, who announced the exhibition whilst she was in New York for Scotland Week, said: “Harry Benson’s work is admired across the world and he is undoubtedly one of Scotland’s greatest exports.

“This new exhibition is Harry’s unique take on America over the last 50 years and will feature some of his most iconic photographs.

“As the debate on the forthcoming US Presidential election intensifies, this exhibition shines a light on some of the defining moments of America’s past.

“This exhibition is a “must see” for anyone with an interest in American history, politics and culture.”

Glasgow-born, Harry has photographed some of the world’s biggest stars from The Beatles to Muhammad Ali over a career spanning 60 years.

Harry Benson CBE said: “Growing up in Glasgow, one year at the end of term when I had narrowly passed my qualifying exam to the next level, my teacher, Miss MacKenzie, stopped me as I shuffled out of the classroom and said, “Benson, I don’t worry about you one bit.” It was the nicest thing anyone had ever said to me. I wish I could have gone back years later to thank her.

“To have my retrospective, my American journey, at Parliament is an incredible privilege. My wife, Gigi, and my daughters, Wendy and Tessa, join me in thanking the Scottish Parliament for this truly remarkable honour.”