In the lead up to our forthcoming exhibition A Contested Land opening at the Martin Parr Foundation in Bristol on 15th January 2019, each of the Document Scotland photographers gives an insight into their work, this week Sophie Gerrard talks about her new and ongoing work The Flows. 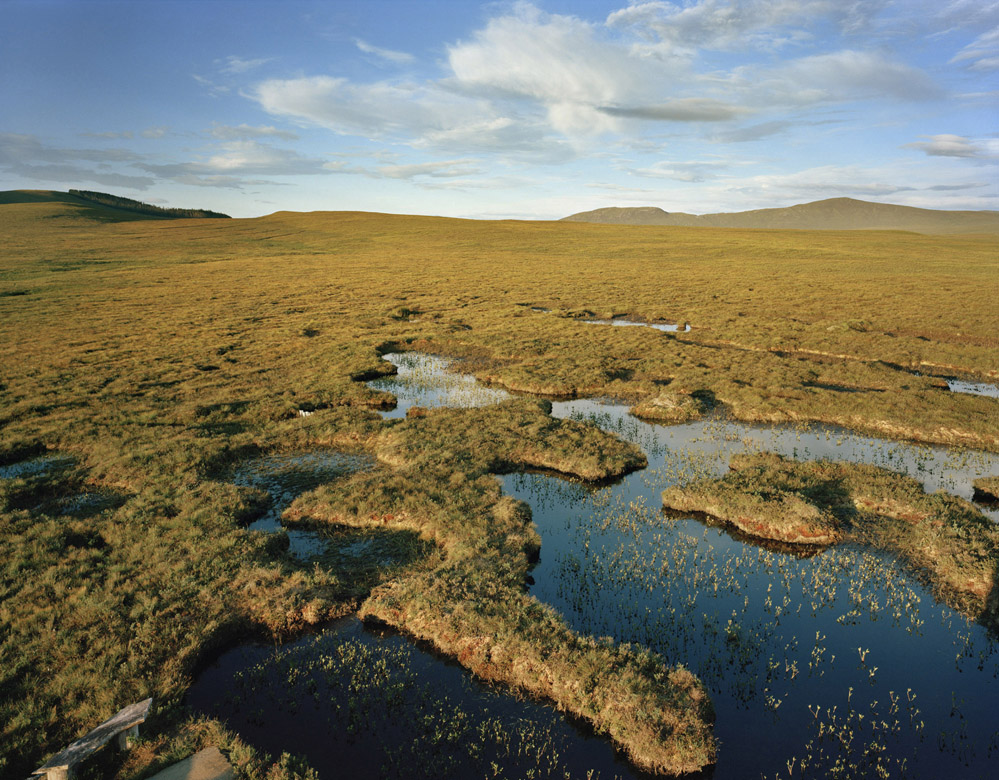 As a young child, one of my early memories is the car journey we took as a family some summers to visit friends in Dunnet Head in Caithness, the most northern point of the Scottish mainland. This 7 hour drive took us north from Edinburgh over the Forth Road Bridge, up the A9, through the majestic Cairngorm mountains, onwards to Inverness then up the east coast by Dornoch and lastly through a very flat place. Often dusk by this point in our journey, endless flat views of boggy moorland flew past the windows,  stretching as far as we could see, “bleak” was the word so often used to describe it as we passed through – “empty, wasteland, nothing here, featureless and eerie”, not a place of picture postcard views, nor a place to stop for picnics or walks, a flat area of nothing to drive through in anticipation of reaching the rugged north coast on the other side.

This was the Flow Country and it’s a place which has fascinated me ever since.

In 2016 some editorial assignments took me to Durness, Bettyhill and Tongue, on the north coast of Scotland. As I drove though that landscape again, I was reminded me of my childhood journey to such an unusual and far away place.

The Flow Country (from the Norse ‘floi’ meaning ‘flat, deep, wet land’) is the largest blanket peat bog in Europe, possibly the world. There are no main roads through it, rather you choose your single track route through the peatlands and navigate it carefully. I took for ever, stopping every few miles to marvel at what I could see. This “bleak and featureless” place changing hourly, with its huge skies, far away horizons, and undulating topography, I couldn’t get enough of it. 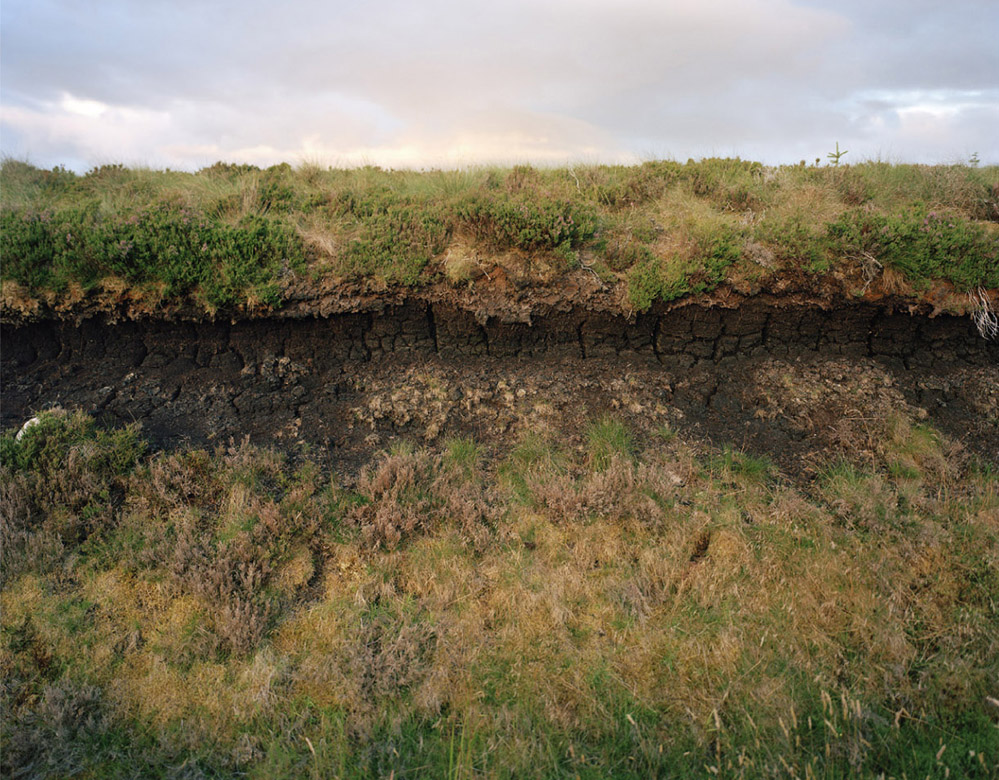 It quickly became a project in my mind, and so my research began, the more I read, the more it intrigued me – as a place from my childhood which had been spoken of so negatively, I learned of its fascinating political and ecological story.

Peatlands are a globally rare habitat, vital in combating climate change. They hold almost 30 per cent of all global terrestrial carbon – twice as much as all the world’s forests. Scotland holds a vast amount of this vital global resource. However during the 1980s, the Conservative Government under Margaret Thatcher offered tax incentives to the super rich, resulting in vast areas of the Flow Country being planted with non-native Sitka spruce which drained, damaged and ultimately killed large areas of the bog. Over 80 per cent of the UK’s peatlands have been damaged by decades of such mismanagement.

These trees are now being removed and the precious Flow Country is being repaired and restored through careful and considered conservation by the RSPB and their partners. 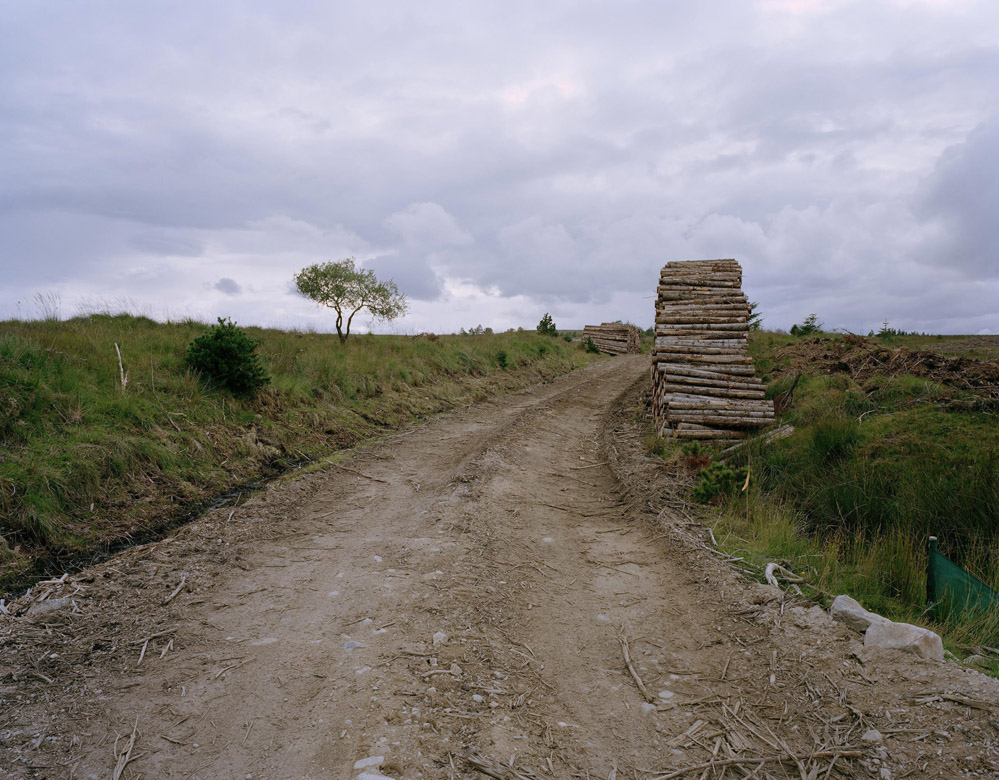 The Flows explores this landscape, and also introduces those who work on the restoration project; scientists, researchers, conservationists, and also those who live and work in the straths and on the peat bog; farmers, anglers, hunters, newcomers and locals whose families have been in the area for generations. The work poses a metaphorical question, asking us to consider our relationship with local and national areas of outstanding beauty and how these places of natural resources fit into Scotland’s topography and consciousness, linking people to the land, and vice-versa.

The Flows is currently a work in progress and I look forward to developing it further. The exhibition at The Martin Parr Foundation A Contested Land will be the first showcase of this new work.