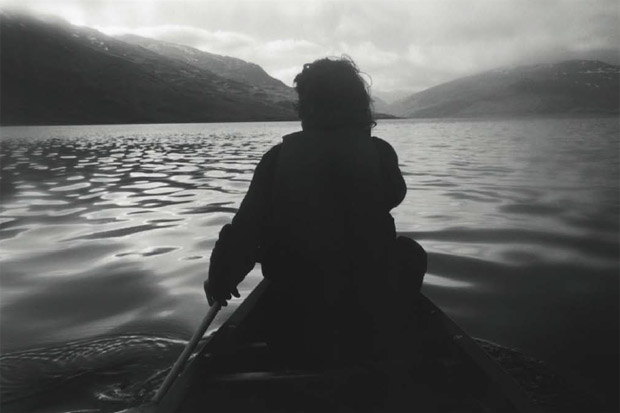 Publishing at the Watermill

Over here at Document Scotland we were recently chatting with photographer Niall McDiarmid, and he mentioned that the Watermill Gallery, in Aberfeldy, were soon to publish two books on Scottish photography. We were intrigued, so we got in touch with Kevin Ramage, publisher of the books and owner of the gallery, and he kindly put aside some time to answer a few questions via email about the books and the photographers, David Peat and Jamie Grant, that he has been working with.

Document Scotland- Kevin, Many thanks for agreeing to answer some questions for the Document Scotland site. We’re interested to know how a gallery in Aberfeldy, your Watermill Gallery, has become a publisher of photography books with Scottish content? How did that come about, is it from your own love of photography?  Is your gallery primarily a space for showing photography?

Kevin Ramage- The starting point for all the books we have published, photography/art or local history, is that they have a point of contact with The Watermill. I suppose we are not into publishing as an end in itself, but are interested where it links into what we are doing with The Watermill either as a local bookshop or our gallery exhibitions. I have always enjoyed photography and especially black and white, be it Cartier-Bresson or Ansel Adams – I think black and white has less distractions and ‘draws you in’ more than colour. Our gallery mainly shows solo shows by painters and printmakers, but we have held a number of photographic exhibitions over the 8 years we have been open.

DS- You’re publishing a book of photographs, ‘An Eye On The World’, by David Peat. Can you tell us a little of your relationship with David, and how you met and knew each other?

KR-  We got to know David at the time we opened The Watermill in 2005. Later that year he asked us to look at the contact sheets of his ‘Glasgow’ photographs to see if we would consider showing them. It took us about 30 seconds to see their outstanding quality and content and roughly 30 seconds more to agree an exhibition date for ‘Close Encounters’.

DS- We believe it was your showing of David’s work which garnered him a lot of attention for his work? How was the work first shown and what response did that bring about?

KR- ‘Close Encounters’ was the first public showing of David’s photographs. The exhibition consisted of about 40 images that David took in the Glasgow tenements in the early 1960s – I recall he said that some of it was his portfolio when he went for a job at the BBC. We got some good initial press coverage for the exhibition and then one paper followed another – The Record printed a couple of big images. Then we had people travelling to the gallery to see if it was themselves or relatives in the photographs. It was really moving – it is hard to think it now but lots of folk in the Glasgow tenements didn’t have cameras in the early 1960s and photographs might only exist from special events like weddings.

DS- Sadly David passed away in 2012, from cancer, but he saw the exhibition of his work ‘Through The Looking Glass’, was this at the Watermill? And then there was a retrospective of his work at Trongate?

KR- Yes, David came to us in 2010 and announced that he ‘was being knocked off his perch’ or some similar David Peat phrase, that he had incurable cancer and so wanted to bring forward his ‘retirement project’ – of reviewing his lifetime archive of street photography. His work, as a documentary film cameraman and later as film director had taken him to many parts of the globe. In the nature of film work, there are frequent periods of ‘down time’, which would often see David wandering off with his camera. But these images, like those of the Glasgow tenements before, had never seen the light of day, only existing as hundreds of contact sheets. Like with his film work, his photographic images above all showed a unique ability to ‘capture’ his subject without seeming to intrude, and a superb attention to details of composition that make photographs artistic images.

Knowing David’s condition, it was with some urgency that we discussed the plans for his 2011 Watermill Gallery exhibition. When it opened, the exhibition featured on the BBC website, with millions of ‘visitors’ from all over the world and was a huge success.

A retrospective was organised for David Peat at Street Level Photoworks, Trongate, in Glasgow, in June 2012 but David passed away before it opened, in April 2012.

DS- We believe there will be another exhibition soon of David’s work, at the Dovecot Studios in Edinburgh?

DS- You’re also publishing ‘Winter in Glen Lyon’ by photographer Jamie Grant, how did this come about? His images, whilst more landscape than documentary, look very beautiful, we greatly enjoyed seeing them here at Document Scotland. One thing we all felt was that they must look beautiful as original prints, and we believe you have a show of these soon?

KR- Jamie is a customer of The Watermill. He approached us, a bit like David, with his portfolio. Again we saw something very special. Photographs of the highest quality and not just the ‘obvious’ landscapes, but also images of people in the glen at work and play. Our exhibition ‘Winter in Glen Lyon’ runs from 31 August until 3rd October and will include large-size hand-made prints from the book collection, including some very large film-poster size images.

DS- What attracts you to the work of David Peat and Jamie Grant? What is it that appeals to you in both these bodies of work, as they are quite different? What are you looking for in the books you publish?

KR- Firstly we felt both had a strong artistic content and a narrative. Before either of these books, we published Lotte Glob’s ‘Floating Stones’ – the story in photographs, sketches and diary notes – of an artist’s journey releasing floating ceramic balls into remote highland lochans. With David Peat, the background story was his work and the places it took him, with Jamie there was an element of documentary, of how he has experienced winters in a remote highland Glen. What are we looking for? We are interested in publishing when it dovetails into what we are doing with our gallery exhibitions.

DS- Are photographers now approaching you with book submissions, is that welcomed by you? Are you planning many more photography books for the future?

KR- Book publishing is an ‘occasional’ activity for us. Having published two books in a month, I don’t have any plans for future titles and if we do anything in the future it would have to be something we felt personally connected to.

DS- It is notoriously difficult these days for photographers to get photo books published, to find distribution, to make back any kind of financial gain. Many highly established book publishers will only consider a book if the photographer brings money to the table, and many photographers now use print-on-demand publishing to get their work out there. How does the Watermill manage all this, what is your strategy, if you can share it, in working with the photographers? What kind of print run are you doing with the books ?

KR- I am confident that the books will earn back the outlay – we couldn’t consider them otherwise – but it will take some time and no one will be retiring on the proceeds. We are not ‘vanity’ publishers but the returns are such that neither is it a strong commercial proposition. For us, as long as it covers itself, it is about promoting artistic output.

DS- And for our readers, where can the books you’re publishing be bought?

KR- Obviously from online at The Watermill in Aberfeldy, Tel. 01887 822896, – I think seeing the bookshop, gallery and cafe helps to understand what motivated us in publishing them. David Peat’s book will be at Dovecot Studios for the duration of the exhibition. Also we have ‘trade distribution’ in place so they should be available or ‘to order’ in all good bookshops.

DS- Many thanks Kevin for taking the time to graciously answer our questions, and best of luck with the shows and the books! And also many thanks to the Estate of David Peat, and to Jamie Grant for allowing us to use their images here.