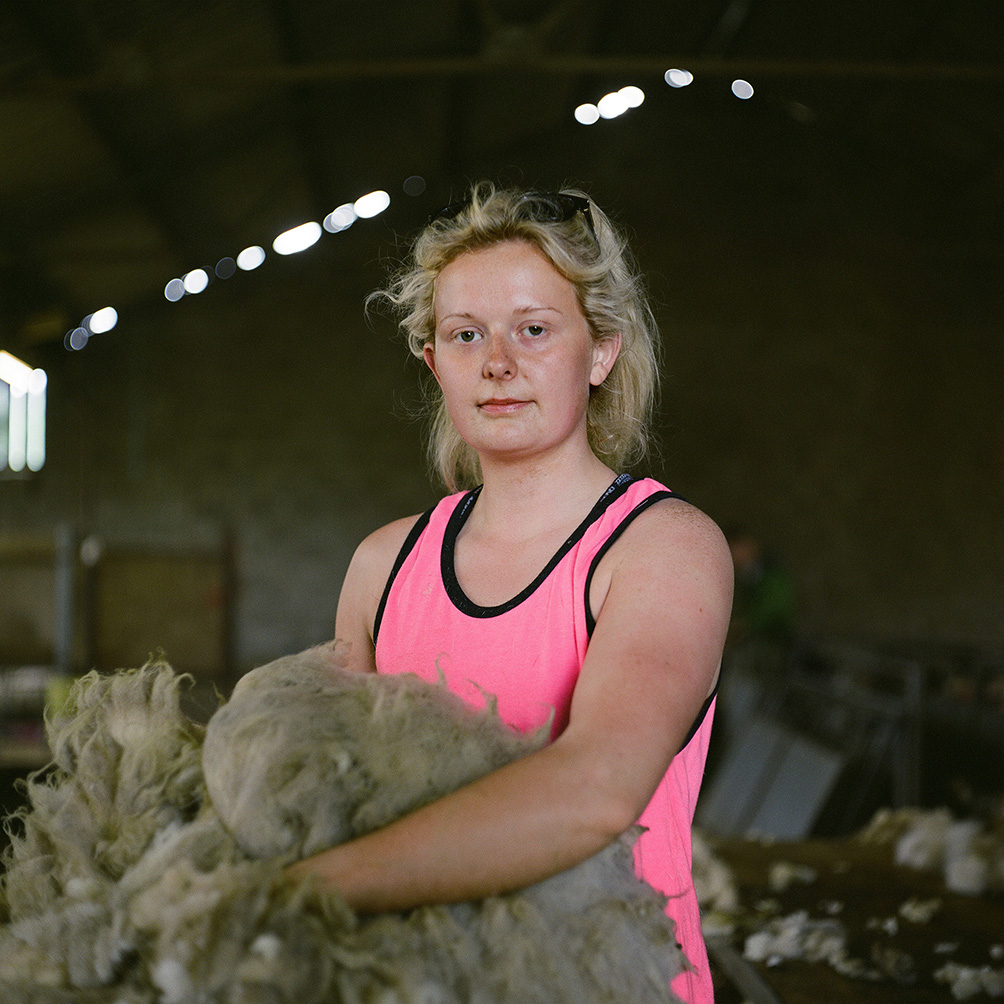 Drawn To The Land – Perth Museum and Art Gallery

Sophie was commissioned by Perth Museum and Art Gallery to continue her long term project Drawn To The Land, the resulting work is currently being exhibited at the gallery until the end of October.

Drawn To The Land continues to be a fascinating journey for me. For this chapter it took me to Perthshire, where I also worked with Perth Museums’ photographic archive, following the journey of John Watt who documented Laighwood, a hill farm near Dunkeld, in the late 50s. I returned to that farm and met and photographed Elizabeth, who features in some of Watt’s earlier images. I also continued to work with Mary, a farmer who featured early in Drawn To the Land, revisiting her and continuing her story. Anna and Lucy are in their 20s and work as contract shepherds in Perthshire, their lives are an important new addition, giving alternative perspectives and a fresh approach to a traditional farming way of life.

The exhibition includes images made earlier in the project, around 2015, these new works and archive images from John Watt’s collection made at Laighwood and other locations in Perthshire from 1959 – 1961.

Elizabeth Bruges, shown above in a photograph by Watt, at a time when her father oversaw the hill farm, is now herself an owner of Laighwood, alongside with her brothers, I met and photographed her for this recent chapter of the project. Hers is an interesting story and one which highlights in many ways the hurdles many women in agriculture faced at the time.

‘My  first encounter with Sophie’s exhibited work was at the Scottish National Portrait Gallery in 2016. The Ties That Bind was a Document Scotland group show and Sophie was exhibited work from her Drawn to the Land series. I loved everything about her work. The quiet stillness of her studies- portraits of lives through carefully observed details. The colour palette of her film-based work seemed so right for the material she was recording.

Sophie’s series on women working the land included Mary McCall Smith’s farm near Crieff in Perthshire. I saw an opportunity to work with Sophie to develop her Perthshire work for a display at Perth Museum & Art Gallery. I am delighted that Culture Perth & Kinross has been able to commission Sophie to work with additional Perthshire women in farming. As well as making a fantastic exhibition, acquiring some of Sophie’s work is a valuable addition to the photographic archive here at Perth Museum & Art Gallery. The archive already has a strong documentary theme and this cross over between art and social document inherent to photography fulfils makes for a potent combination.’

It’s important to me to continue this work, and I’d grateful that Perth Museum saw an opportunity for collaboration. Working with the archive has been a fascinating addition. Women who work the land in Scotland are under represented, they have been for centuries, indeed representations of landscape, landscape photography and farming have often been presented through a male viewpoint. I hope that this project can continue to explore these themes and continue to take me to the far corners of Scotland.

Sophie Gerrard’s Drawn to the Land is on until 31 October 2019 at Perth Museum and Art Gallery. Admission is free. Read the full press release here.