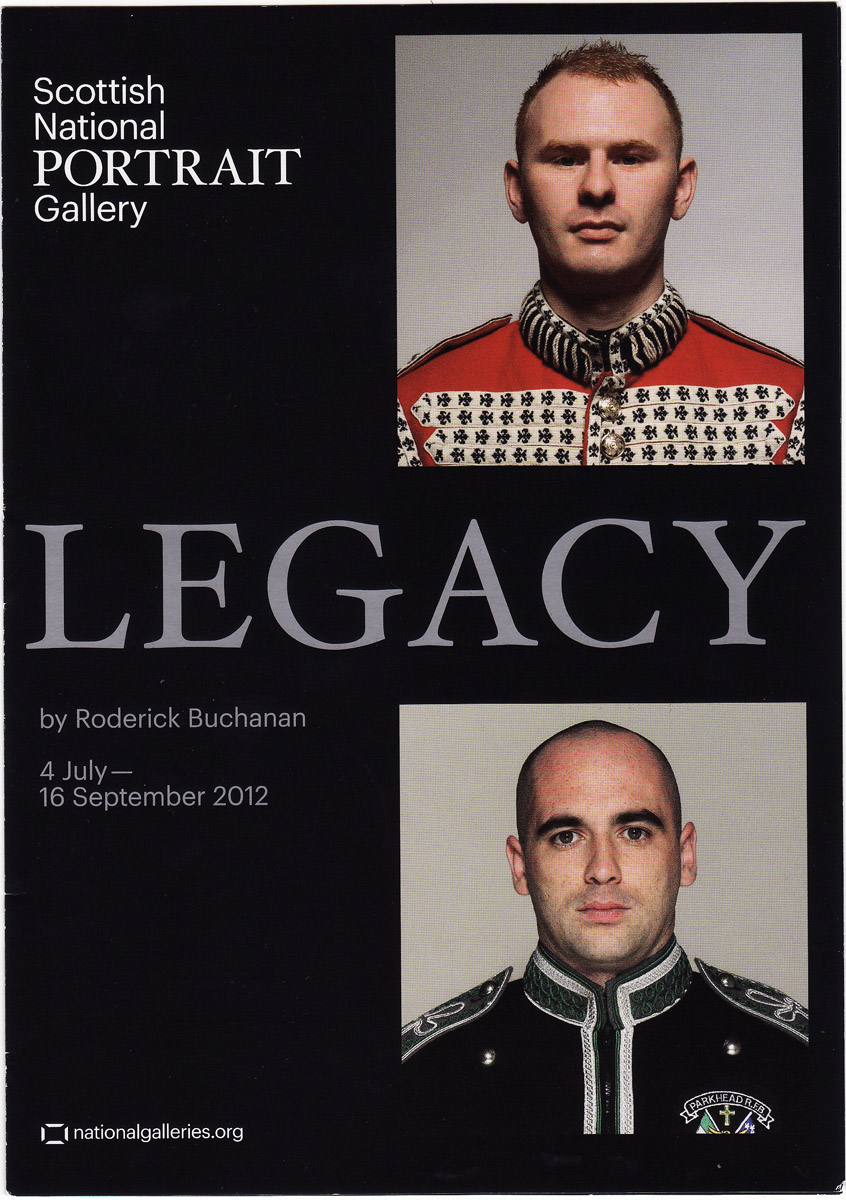 Photographing conflict and post-conflict arenas is one of the most interesting sub-genres of documentary photography.

There are many different approaches which make for outstanding viewing. From the monumental landscapes of Donovan Wylie and Simon Norfolk, depicting the theatre sets of war to the late Tim Hetherington’s claustrophobic and intimate moments with the dramatis personae, there is barely a facet of modern conflict which is not explored and exploited by photographers today.

In ‘Legacy’ Scottish artist Roderick Buchanan focuses on post-Troubles Northern Ireland and uses two Scottish flute bands to demonstrate the current and historical links between the peoples of the two territories. Using simple, striking portraits on the one hand and film footage of re-enactment scenes and marches on the other, Buchanan produces a tableau which invites us to examine our own links with the Troubles and our attitude to history, conflict and memory.

As Buchanan states: “My proposal was to make a portrait with grass-roots activists who had lived through the Troubles, processed the Good Friday Agreement meant for them, and who continued to march and stand up for what they believe. As both bands say about themselves, ‘We’re still here’.”

Although chilling to look at, there is something almost charming about the men depicted. The faces are earnest, determined, hard and unforgiving, but there is something almost comedic about them too. These are men you could meet anywhere in Scottish society and you wouldn’t presume that they could be so passionate about a cause which most people regard as a hangover of a bygone age of pugilism and insanity. But these are the men (and boys) of the Parkhead Republican Flute Band and on the other side the Black Skull Corps of Fife and Drum and they mean business. You walk away from the portraits casting a glance back to make sure they aren’t actually following you.

‘Legacy’ by Roderick Buchanan is on at the Scottish National Portrait Gallery, Edinburgh until 16th September 2012. Admission free.