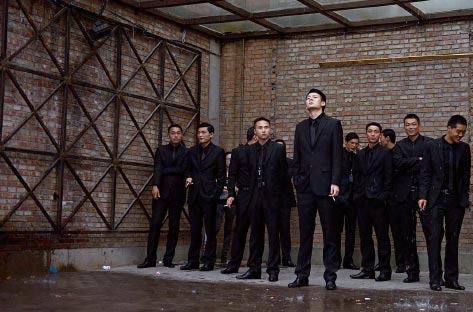 To celebrate the Chinese New Year we’ve decided to make a small compendium of photographs taken by the four of us, Sophie, Colin, Stephen, and Jeremy, in Beijing over the past two years. You can download, free of charge, the pdf of work via the following link. Download ‘DOC004: Document Scotland in Beijing’ here.

Document Scotland has an affinity for Beijing, and in particular for a bar near the HouHai Lake, as that, incredible though it may be, is where the idea for the forming of our collective was first voiced in 2012. As the lights revolved, and the karaoke croaked, Jeremy and Colin discussed the idea over a Tsingtao beer. The following day the idea was put to Stephen who was also in Beijing, working on the same project as Colin and Jeremy, and all of a sudden Document Scotland had three members. Sophie joined the collective a little while later, once the idea had progressed from a discussion to actually being a website and a plan.

In 2013 Sophie, Colin and Jeremy once again returned to Beijing to photograph in the streets, as part of the Vision Beijing project which brought 50 world photographers to the capital to shoot for one week.

The work you see in this little pdf  comes from both the 2012 and 2013 trips, and features work by all four members of Document Scotland. We hope you can download it and enjoy it today, the day of the Chinese New Year. 新年快乐.

2 thoughts on “Document Scotland in Beijing”